The Smiths have collaborated with PETA to release a video game that encourages veganism.

The Smiths have partnered with PETA for a 'Meat is Murder' video game. 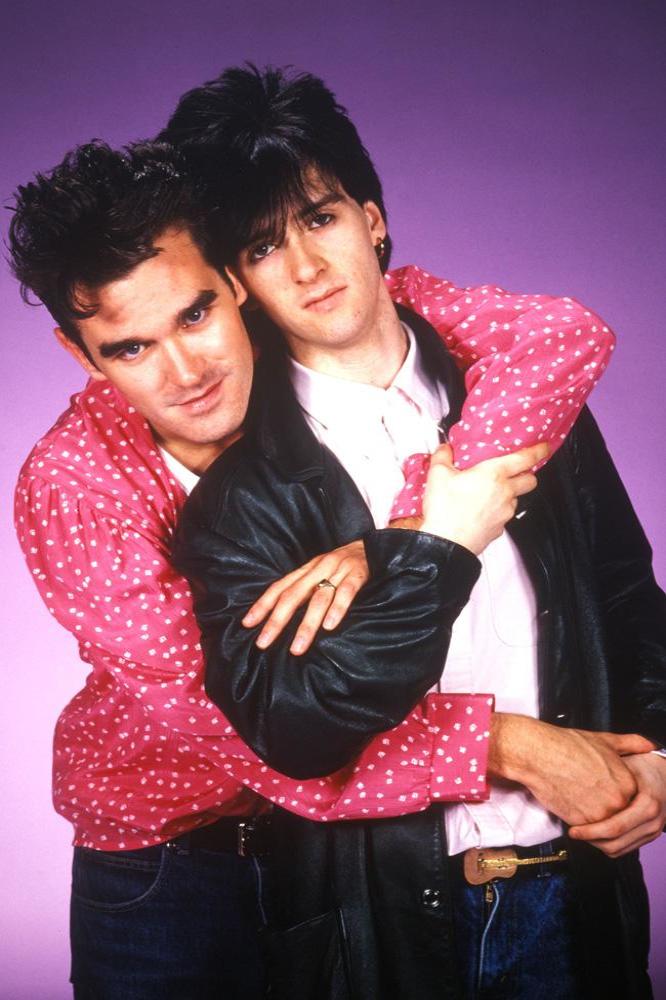 Morrissey and Johnny Marr of The Smiths

The iconic British indie group - which was comprised of Morrissey, Johnny Marr, Mike Joyce and Andy Rourke - have lent their name to the 8-bit game released by the People for the Ethical Treatment of Animals which has a digitised version of the 1985 song playing in the background.

The game can be played on the PETA.org website and mobiles and can be embedded on websites to promote the vegan lifestyle - which requires the follower to not rely on any produce or product created from animals - and Morrissey believes it can be an important tool in the "social crusade" to protect animals.

The 57-year-old singer - who became a vegetarian at the age of eleven, and is now vegan - said: "This game is the biggest social crusade of all, as we safeguard the weak and helpless from violent human aggression."

The 'There is a Light That Never Goes Out' hitmaker added, 'you don't get that from Pokemon Go," referring to the smash hit smartphone game.

The Smiths - known for their politically charged output - released the 'Meat is Murder' album in 1985.

The game, aptly and morbidly titled 'This Creature Must Die' features four pens that have meat grinders at the end of them, and the aim of the game is to prevent chickens and cows getting mashed into burger fodder.

Speaking on behalf of PETA Joel Bartlett described the game as a mixture of fun and purpose, but that he hoped ultimately it would encourage gamers to switch from meat-based diets to veganism.

Joel said: "'This Beautiful Creature Must Die' has a fun, nostalgic vibe but also calls out animal agriculture as the biggest threat to human health, animals, and the environment today.

"After mastering the game, players can save animals and the Earth in real life by going vegan."