With many gamers missing out on the original Tearaway because of its exclusive release on the PS Vita, now's the perfect chance for old fans and new to pick up a title on the PlayStation 4 that developer Media Molecule should be immensely proud of.

From the outset, Unfolded is one of the most charming and compelling family-friendly games that the console has ever seen, inspiring its audience to jump right into the action (and chaos) using not only traditional controls, but a range of different techniques on the DualShock controller. You'll be asked to draw items for in-game use at points, and told to press the touchpad in order for drums to beat and your companion to be sent soaring into the air. It's fair to say that Unfolded utilises the controller in a way not many, if any games have in the past.

Players take on the role of 'You', a God-like character who can use the light sensor on their controller to shine light into the game world, causing paper to expand, flowers to grow, residents of the world to get excited and nasty paper scraps to be mesmerised before being flung off the sides of the platforms.

It is this paper world that really grabs the imagination of the player right away, and a companion app for the game means that you can save blueprints and print them off in real life. It's not quite as amazing as seeing your creations come to life a hundred times over in-game, but it's another brilliant addition for young ones who will undoubtedly fall in love with the universe they're presented.

Adults playing or watching the young ones enjoy the game should get just as much out of Unfolded as the kids, if not more. There are huge jabs at society and its reliance on television and the media today, with the in-game enemies being scraps of newspaper who turn the colourful and warm landscape into a grey and dreary one, leaving the residents depressed and looking for an escape. Sound familiar?

The PlayStation Camera might seem like a neccessity at times, and it arguably is (or the companion app on a tablet with a camera) if you're looking for the full experience. Your face can become a part of the game and help mould everything together that the story has to offer. There's also the in-game camera which you'll need to use to bring colour back to flowers and objects which have been turned completely white, and for those big on social media there's all the filters you could ask for, giving each individual image a new look with each effect. Every part of the game has been well thought out with careful consideration, and to see it all come together in such an impressive way is awe-inspiring.

For 3D platformer lovers, Tearaway Unfolded is an essential purchase. Whether you're young or old, male or female, take the time to play through the 15 hours or so story to really get the most out of the game. The only downside? Your jaws might ache from smiling so much when all is said and done.

Tearaway Unfolded is available now exclusively on the PlayStation 4. 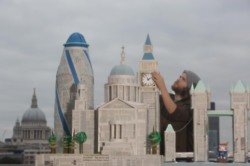 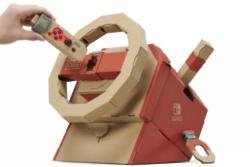 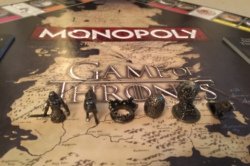