The deadpan king himself, Jack Dee, brings together almost 20 years of his best shows with Live Stand Up Collection 2012, on DVD box set from 19th November.

As well as performing at many high profile sell out venues and starring in his own TV shows (The Jack Dee Show, Jack Dee’s Saturday Night, Jack Dee’s Happy Hour), Dee has appeared on QI, Shooting Stars, Never Mind The Buzzcocks, 8 out of 10 Cats and Have I Got News For You, hosting Radio 4’s legendary I’m Sorry I Haven’t A Clue, co-writing and starring in four series of BBC 2’s hit sitcom Lead Balloon and writing his memoirs, Thanks For Nothing which he modestly dedicated to himself - 'Without whom none of this would have been possible'.

Jack will also soon be seen on our TV screens as host of the new Sky Atlantic show Don’t Sit In The Front Row which is due to air 29th October 2012.

Jack Dee Live Stand Up Collection 2012 will be released by Universal Pictures (UK) on 19th November. 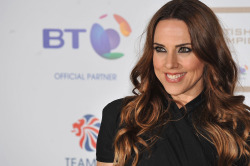 Jack Dee To Star In Sitcom