Jon Richardson, host of Channel 4’s Stand Up For The Week, team captain on 8 Out Of 10 Cats, Edinburgh Comedy Award nominee, best-selling author, raconteur, and modern day heart-throb, will be releasing his debut DVD Funny Magnet on 19th November from Universal Pictures (UK).

Funny Magnet is Jon’s highly anticipated first DVD release and set to become the break-through must have stand-up comedy DVD of the year.

Recorded at the Shaftesbury Apollo in London, Funny Magnet sees everyone’s favourite grumpy young man and perennial singleton take to the stage to discuss the everyday occurrences which have a profound effect on his misanthropic outlook on life.

Jon works his pessimism and irritability with some hilarious consequences, and makes the audience give in to his magnetism with his loveable vivacious delivery.

Now an established presence on our television screens, Jon’s raffish charm is massively in demand for television and radio appearances. His recent TV credits include; 8 Out Of 10 Cats (Channel 4), Stand Up For The Week (Channel 4), Have I Got News For You (BBC ONE), Live At The Apollo (BBC1), Michael McIntyre’s Comedy Roadshow (BBC ONE), Channel 4’s Comedy Gala Live At The 02 and Never Mind The Buzzcocks (BBC TWO).

Jon was recently seen in his very own Channel 4 documentary - Jon Richardson: A Little Bit OCD which aired to much critical acclaim earlier this year. Also now a successful author, Jon’s debut book It's Not Me, It's You!: Impossible Perfectionist Seeks Very Very Very Tidy Woman was published last year to notable acclaim and success by Harper Collins. 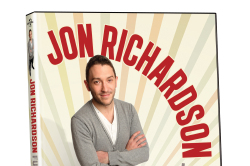 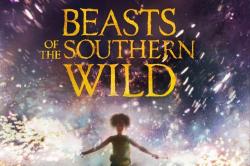