Social networks are encouraging us to drop the pounds

We all want to look good on our holiday snaps

As we get set to show our summer bodies to the world poll looks at the triggers that spur us on to drop the pounds.

In years gone by, seeing an unflattering holiday snap of ourselves was the trigger for millions of us to put down that burger and start a diet as we vowed next summer we’d be 20 pounds lighter.

And now a new poll shows ‘fat photos’ are still the number one motivation for losing weight – albeit with a very public twist – as those photos we used to hide from the world are now plastered all over Facebook for everyone to see.

That’s why Facebook photos and holiday snaps have topped the poll as the nation’s number one weight loss triggers, ahead of the worry of baring all on holiday and not being able to squeeze into our favourite dress or item of clothing.

In fact, one in five think Facebook and other social networks have made them more body conscious, and one in three have untagged photos of themselves as they looked fat and unattractive, while two in five of us would be more likely to share photos of ourselves on social networks if we were more content with our shape.

While feeling healthier topped the reasons as to why we want to get in shape, being told by a doctor that we need to lose weight for our health was only seen as an actual trigger for 14% of people surveyed by Fitbit.

So are you already fretting over your holiday snaps and who will see them? And if so is it too late to get in shape for your holiday? 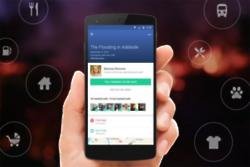 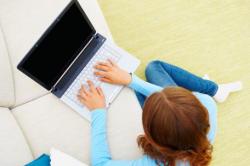