Electronic cigarettes are becoming more and more popular, but we do not know much about them. What they really are, why thousands of lives could be saved by using them and why there's an opposition?

The first electronic cigarette was invented in the mid 20th century. Later, in the mid-90's, Hon Lik (China), an engineer and a chemist who had seen his father die of cancer, invented the modern version with electronic battery controls. He, as a smoker himself, wanted to find a way to obtain nicotine but without the risk to healthiness, and believed that if the smoke could be removed, then so would most if not all of the risk. The plan was to continue to 'smoke' - but without the smoke. He created a company called Rú yan to promote his innovation. The company is now called Dragonite.

According to Electronic Cigarette Consumer Association UK (ECCA), it is estimated that there are approximately 650,000 e-cigarette users in the UK. Growth in the US has been much stronger – extraordinary, as there are now between two and four million current users, with the market worth $100m or more.

The atomizer is a tiny coil of nichrome wire that heats the liquid and vaporises it. The result looks like steam but is well below the temperature needed for that. The vapour is mainly water vapour with nicotine, flavouring and the visibility component.

As soon as somebody hears word “nicotine” they think it is dangerous. But in fact it is a part of anyone’s daily diet as nicotine acid – more frequently referred as niacin, can be found in chicken, fish, beef and many vegetables. We cannot remove these products of our diet, because it may lead to sickness. It is also said that electronic cigarettes are no more dangerous than coffee, because caffeine can be compared to niacin.

Nicotine is not an excessively harmful material and, as already mentioned, it is similar to caffeine/coffee in many ways. It cannot cause cancer or any of the other diseases caused by smoking, as it is the smoke that does this. It is impossible for e-cigarettes to cause lung cancer.

E-cigarette owners find variety of flavours available extremely attractive as their sense of taste returns soon after they had quitted normal cigarettes. Usually they prefer sweet taste over tobacco, but a combination of the two is also quite common.

Smoke and products of burning cause disease and deaths related with smoking. If the smoke and burning products are removed, risk is significantly reduced, probably by more than 99%.

Electronic cigarettes are legal to own, use and import in the UK, US and most European countries. In fact, e-cigarettes can now be shown to be thousands of times safer than quit-smoking drugs. After many years of use by millions of people all around the world, there is not one single incident of death or disease linked to e-cigarette use.

On the other hand, there are some critics too. One blogger wrote in the inforum: “There is no study that shows what a safe level of nicotine is and, personally, I don’t believe there is one.” 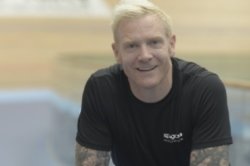 Iwan Thomas’ Top Tips For Quitting Smoking And Getting Fit 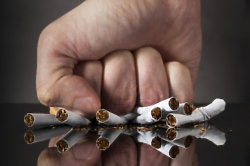 Make 2016 The Year You Stop Smoking 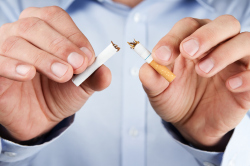