We get to drag prostate cancer into the spotlight

Men's Health Week begins on Monday so it's time to start thinking about your body and whether you are doing all you can to protect it.

Not only do you have to think about the food you eat, the drinks you consume and the exercise you bother with but you have to keep track of the small physical changes that your body makes, as these can all give clues to your health on the inside.

Seventy per cent of you aren't aware about the symptoms of prostate cancer and what the disease actually is - which is shocking when it kills one man every hour and it is the second most common cause of cancer death in UK men.

Prostate Action is the UK charity which funds research and education into all three prostate diseases, and on Saturday 18 June it hosts its second Great Drag Race.

Emma Malcolm, Chief Executive of the charity says: "It's a male-only event, where we get to drag prostate cancer into the spotlight. There are so many women-only events and we thought it was about time that the boys did something for themselves really."

Set up only last year, the event is slowlygaining prominance with Stephen Fry tweeting about the race last year and this year Eddie Nestor, BBC radio presenter due to run the 10.2km.

The distance of the race represents the 10,200 men lost to prostate cancer each year and hopes to break down the wall of silence that too often surrounds the condition.

Malcolm Potter, who is in remission from the disease, will be taking part again this year. After raising £5250 last year, he's finding new avenues to explore to help raise the money which is used to fund reaserch and educate people.

He describes the race as being a great success, he says: "It brought lots of younger folks of the programmes and it also brought me in contact with other families that are less fortunate than I am."

"I've decided to change my outfit for the race this year, so I've got to make a trip to the charity shop," adds Malcom. He also has a new wig to wear and will be kitted out in "all this eyelash stuff."

With only a £10 entry fee into the race, plus an incentive to raise £100 - you get a purple feather boa if you do - the race is really easy to enter, do so at the Great Drag Race website. The only condition is to look as glamorous as possible. 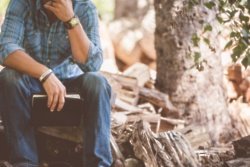 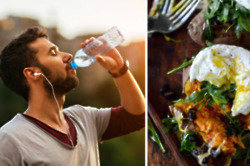 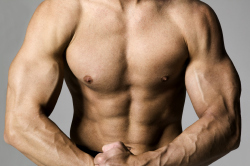 One in ten male gym goers believed to have 'bigorexia'