Try to eat more almonds today, and the rest of the time

Elle Macpherson, Gary Barlow, Lisa Snowdon and Karren Brady are jsut a few of the celebrities who include almonds in their daily diet and today is National Almond Day - so it's time for you to join in too.

Almonds were among a variety of delectable ingredients added to ‘The Duchess’ smoothie which was given the royal thumbs up by the Duchess of Cambridge herself, Catherine Middleton. Combining milk, honey, bananas, cream and almonds, the smoothie was created by The Brink, an alcohol-free bar in Liverpool, when she visited on Tuesday.

If adding almonds to your smoothies isn’t your thing why not try adding a handful to your morning yogurt or some flaked almonds to your lunch time salad? Better yet, grab a handful of whole natural almonds and pop them in your handbag for when hunger strikes. Portable, nutritious and utterly delicious, almonds fit conveniently into your handbag (and, even better, they won’t leave crumbs or melt inside it).

10 things you didn't know about almonds:

1. Almonds are originally from the Middle East and date back to 3000BC, meaning they are one of the oldest snacks around.

2. Nutritionists worldwide rate the benefits of almonds, so much so, that Gary Barlow has insistend his X Factor contestants stick to a strict diet that requires snacking on almonds.

3. Eighty per cent of the world's almonds are grown in California, USA, so whenever you snack on almonds it's likely that they started life basking in that gorgeous Californian sun.

4. In ancient Egypt almonds were considered a delicacy and were even found in Egyptian King Tutankhanmun's tomb.

5. Chocolate manufacturers use 40 per cent of the world's almonds and it takes 1000 pounds of almonds to make one pint of almond oil.

6. Ancient Romans showered newly weds almonds as a fertility charm and in the 1350s, Italians started giving five sugar coated almonds as a wedding favour. Each symbolised a different quality of a happy marriage: health, wealth, happiness, fertility and longeivity.

7. As a natural source of fibre and protein, alomnds will help you stay strong no matter what the day brings.

8. Historians generally agree that almonds and dates, noth mentioned in the Old Testament of the Bible, were among the earliest cultivated foos.

9. In India, almonds are considered a prized brain food for children. They are also a key ingredient in traditional Indian sweets known as Mithai, as well as popular gifting during Diwali.

10. Almonds are a natural source of protein, high in nine essential nutrients, including fibre, vitamin E and calcium. 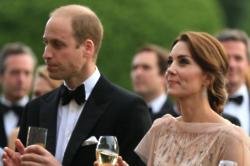 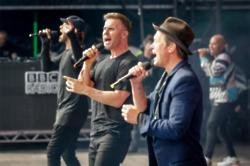 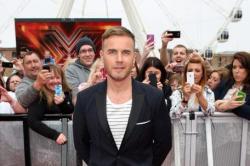