As the UK enters a reported double recession, the impact on employees is far greater than ever. With longer hours, reduced pay and redundancy, the morale of staff within the workplace has reduced which can have an impact on our emotional and physical health.

The economic impact of mental health issues costs UK employers £8.4 billion a year and stress is now the major cause of long-term absence in the UK among manual and non-manual workers.

Feeling down, stressed or frightened are times that come and go but sometimes they develop into a more serious problems which could happen to any of us.  The question is, if your family, friend or work colleague was experiencing symptoms of mental health issues, would you know what to do?

Seven years ago, Susan turned up at work like any other day, sat at her desk, looked at her work and didn’t know what to do or where to start – she was having a mental breakdown.

“I panicked because I couldn’t understand what was happening to me or why I was unable to do what normally came as second nature to me”, said the 44-year old mother of one from Cheshire, Manchester.

“I never felt suicidal but it scares me now to think what I would have done if I had.  I was unable to think of anything good. I could not bring one small positive piece of thought to my mind about the whole of my childhood.  My perception of life and things around me was affected.  Even my own home seemed dark and small.”

Susan’s doctor diagnosed her with clinical depression and identifies her personal and professional experiences as the cause of her illness.

From a teenager, Susan developed an ongoing addiction to chocolate and obsessive tidiness.  This coupled with the birth of her son became immensely stressful and she quickly found that she could not keep up with the standards at home that she needed to feel good about herself.

“I doubted myself as a mum and felt wholly inadequate when things did not go to plan.  No one knew how I felt and everyday comments that people made about me or my son would reinforce the negative feelings about myself”, said Susan.

A very well respected professional who was continuously praised for her efficiency, her respite was work.  After maternity, Susan worked part-time and for many years, she managed to maintain her home and work without other people knowing about her addiction to chocolate and obsessive behavior.

“No-one at work had any idea of the emotions I was feeling at home.  To outsiders looking in, I had the perfect life: a loving husband, healthy son, part time job and a supportive extended family.”

But, her circumstances changed for the worst when her manager announced that their office would be relocating which would increase her travelling time.  Susan became anxious about the journey and being able to fit everything into her already busy personal schedule and being there for her son.

“I started having a reoccurring nightmare with the same theme of being unable to reach my office. I dismissed the dreams as silly and laughed them off – I even shared them with my colleagues.”

Susan explained that the relocation was easier than first expected but her working hours became more rigid and she found herself travelling during rush hour and became stressed with the drive into work.

“The anxiety came back with a vengeance; I felt so frustrated and was looking for problems before they occurred.  I started to get irrational with people around me and often found myself crying in the toilets at work.  I felt continually exhausted and drained”.

Susan’s symptoms are often found too common with employees in many organisations today.  Susan suggests that there was no doubt that her employer contributed to her symptoms.  She said that they didn’t realise how unwell she was becoming and neither did she.

She commented: “The best support came from friends who had experienced depression themselves – they had a better depth of understanding and more awareness.

“Keeping people in work and using skills and experience is better for everyone.  Much more should be done to help managers and colleagues in the workplace understand mental illness.  Everyone should be aware of mental health issues – it could be affecting you or someone you work with.”

Susan is encouraging people and organisations across the country to support Mental Health Awareness Week, which helps to raise awareness of mental health and wellbeing issues.

The week will run from May, 21 – 28 May 2012 and forms the centerpiece of a year-long campaign based around one particular theme.  This year, the theme will focus on Altruism and Giving, including random acts of kindness, volunteering and peer support.

Julie Ryder, Director of training consultancy, HearFirst, said: “With approximately 450 million people worldwide reported to have a mental health problem and one in four British adults experiencing at least one diagnosable problem in any one year, organisations need greater awareness to spot and identify the signs of mental health issues within the workplace.

“All employers under the Health & Safety at Work Act have a duty to assess the risk of stress-related ill health arising from work activities.  As we have seen in Susan’s case, more could and should have been done at an early stage to identify and engage with the problem and to provide the support that she needed.

“The more people aware of the causes and symptoms of mental health issues, the better support that we as family, friends and work colleagues can do to help other people and I would encourage as many people as possible to get involved in supporting mental health awareness week.”

Susan took voluntary redundancy from her job in 2010 and is now working in a small organisation near to where she lives.  She said, “The hours are flexible and my work is valued.  I’ve a lot to contribute at work and it gives me personal satisfaction to know I am doing a good job.”

Susan recommends the following five tips for any organisation: 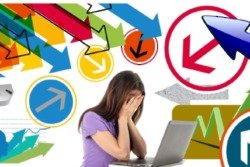 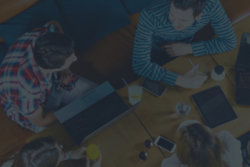 How Can Businesses Find Their Next Business Leaders?