Whether you're looking to move into a home that will appreciate in value over the years, or hoping to get started on the property ladder as a real estate investor, it pays to take notice of long-term trends.

While the British property market is currently facing a period of major uncertainty, there is no denying that certain parts of the country have been experiencing major house price growth that shows a strong potential to be locked-in for many years to come. Here we reveal the future property hotspots of the UK, based on all of the latest data.

If you want to buy a home that you can reasonably assume will sell for a profit a few years down the line, there is no better place to buy than Manchester right now. The city was revealed to be one of the fastest-growing in Europe in 2019 after it was found that the population has increased by over 100,000 in the three years preceding. The city has house prices that are lower than the national average but have risen by 17% since 2016, with double-digit growth predicted over the next decade.

The UK's second-largest city in terms of population, Birmingham is booming by virtually every measure. House prices last year rose faster than any other region in the UK, and it is believed that the arrival of HS2 will send prices soaring further. If you're a homeowner who has bought in Birmingham and seen your house value increase recently, you can take advantage of this today by remortgaging. Using a free online mortgage advisor like Trussle will allow you to remortgage your Birmingham home based on the increased value of it, meaning more equity for you and lower interest rates on your monthly bills. The benefits of remortgaging in Birmingham will only increase in the years ahead.

While Leeds was facing an unprecedented housing slump last decade as a result of massive oversupply, today the picture could not be more different. The scars of 2008 have meant that homebuilding in Leeds has not been as active as other major cities, which has helped to push prices up, with the population growing at a rate that is seven times faster than London's. Combine this with the fact that Leeds is consistently ranked as one of the best places to work and launch a career in the UK, and it is not hard to see why property prices are projected to continuing growing in the long-term.

Although buyers in Newcastle still benefit from some of the lowest prices in England, that looks set to change dramatically in the years ahead. Since 2015, prices have jumped 23.7%, putting Newcastle on par with some of the highest-growth areas of London. The population of Newcastle has more than doubled since 2002 - a rate of growth that has far outstripped the rate of new homes being built. All of this, combined with Newcastle's rising attractiveness as a place for professionals to live and work, means that anyone who buys here now has a strong chance of seeing big returns in the future.

These are the UK's property hotspots, where both homeowners and investors should be paying close attention to. 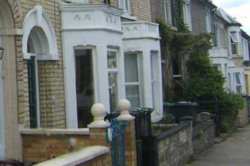