Leighton Meester loves not wearing make-up and likes nothing more than going out fresh-faced.

The 'Gossip Girl' star is known for her glamorous look but she says she likes nothing more than going out fresh-faced and wants more women to feel less pressure to always be seen in make-up.

She said: "I don't care if there are a million pictures of me with no make-up. I love being able to walk down the street without it. We should promote women not having to wear make-up, or at least feel we can go out without it. I know when I look at myself without make-up, I'm like, 'I have this mark, I have dark circles, my eyelashes aren't long', but you have to get used to yourself without it. I'd never ever look at another woman and criticise though."

And while Leighton admits everyone looks better with make-up on, she says men prefer the more natural look.

She told Britain's Cosmopolitan magazine: "Everyone looks better with a bit of blush and mascara, and when I'm on a date, I want to look nice too. Interestingly, men I've spoken to are into little make-up, because there's the idea of, 'God, what does she look like without it?' " 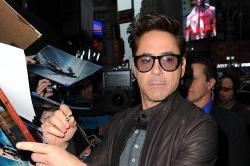 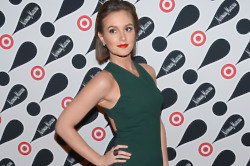 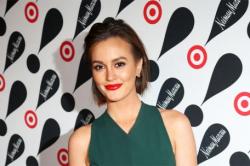