Naomi Campbell rejects the 'supermodel' title because she does not believe there is anything 'superhuman' about her.

Naomi Campbell does not consider herself to be a "supermodel".

The catwalk stalwart - who got her big break at 15 when she was scouted while shopping in London's Covent Garden - was one of the first to ever be given the title but insists there is nothing "super" about her.

She said: "I would never call myself that. I don't have any superhuman powers."

Naomi, 41, admits that her famous figure is largely due to her fast metabolism, although she concedes that she has had to make a few changes to her diet in recent years.

She told Harper's Bazaar: "For me, carbs are a treat now."

And while she plumps for steams and facials to keep her skin in tip-top condition, she has no plans to go under the surgeon's knife.

She said: "[Plastic surgery is fine] for those who do it for themselves and not to please someone else. I don't worry about a number. I'm fine with ageing."

The reformed diva - who in the past has been accused of assaulting employees, a police officer and her therapist - is now sober having won the fight against drug addiction and believes she is a better person because of her errors.

She said: "Look, you have to make mistakes. That's how you learn and that's how the world works. I've made a few.

"What makes a person is the ability to look at themselves and deal with their own lives. How you deal with [your actions] is what defines you."

While many of her counterparts - including original supermodels Cindy Crawford and Christy Turlington - have now settled down with families, Naomi has no plans to slow down any time soon.

She said: "I still love what I do. It's a new challenge to see how people can change your look. I like words like transformation, reinvention, and chameleon. Because one word I don't like is predictable." 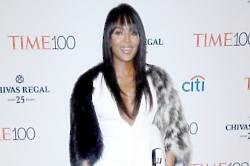 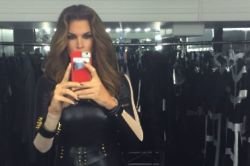 Cindy Crawford Was Honoured To Get Bad Blood Role 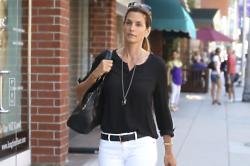