Saint Laurent CEO Paul Deneve has slammed the press speculation over the "banal rivalry" between Hedi Slimane and Raf Simons saying it was over-the-top and other designers deserved coverage.

Saint Laurent CEO Paul Deneve has slammed the press coverage over the "banal rivalry" between Hedi Slimane and Raf Simons.

The president of the French fashion house has criticised coverage of the two designer's recent Paris Fashion Week debuts (Hedi for Saint Lauren and Raf for Dior), saying it was over-the-top and wants people to give more attention to the "many other talents who showed".

In one part of his open letter to WWD, Paul wrote: "I regret that the best-known and oldest trade journal in the fashion industry should reduce the collective talent of all designers showing in Paris to a so-called duel between two fashion houses and two men. The article accords little space to the many other creative talents who showed during Paris Fashion Week and it was about so much more than 'Hedi vs. Raf.'

"Finally, to caricature the arrival of Hedi Slimane at Yves Saint Laurent to a banal rivalry with another house or designer encourages people to relegate fashion to a sideshow rather than the main event. In particular, it obscures what is a much richer and I think more important moment in the fashion industry. Hedi's choice to join YSL was motivated by a very clear vision for the house, which means round-the-clock work for him and all my teams to turn that vision into a reality for all to see and enjoy. It is also for them that I am writing, and to point out that the changes under way at Yves Saint Laurent will bring new excitement and change to the fashion industry at large." 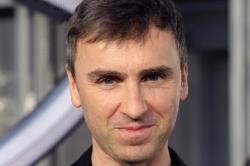 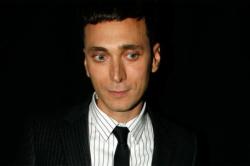 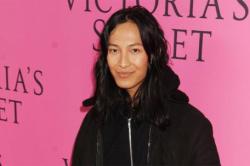