Team GB Olympic kit designer Stella McCartney has been named as the most searched for fashion brand on the internet by UK internet users.

Stella McCartney is the most searched for fashion brand on the internet.

The British designer, who worked on the iconic Team GB Olympics kit, was named British Fashion Awards' Designer of the Year, and was also the highest fashion-related search term in the 2012 Google Zeitgeist list.

And Stella has certainly come a long way since she was told she would "fail" when she left French fashion house Chloe in 2001.

Recalling what a senior fashion boss told her she recently said: "He said to me: 'Stella, you will live to regret this. You will fail, and I offer to you to stay here in Paris and start your brand with us.'

"I was really grateful for his offer, but I stuck to my instincts and told him that I still wanted to go."

Behind Stella, 41, on the annual list - which analyses searches conducted by UK consumers over the last 12 months - was German designer Karl Lagerfeld, followed by lingerie label Victoria's Secret in third.

Alice Temperley was placed fourth in the list, with Versace closely behind. 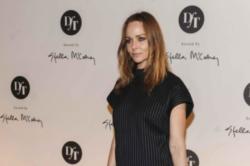 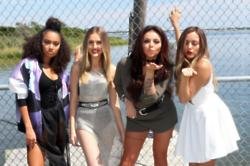