Tom Ford has confirmed he is to hold his first full-scale catwalk during London Fashion Week in February, deciding it is time to "embrace" publicity

Tom Ford has promised a "real show" during London Fashion Week next month.

The American designer, who has previously opted reveal his new collections in private presentations with no photographers, thinks he has to "embrace" a catwalk show after seeing his empire expand dramatically.

"I want to show in London because I now have 100 stores worldwide. The company has jumped and I can no longer service the stores by not showing. So I have to love it and embrace it."

The Texas-born designer also explained why he launched his own label in 2005 - because he couldn't find anything to wear which was stylist as well as comfortable.

He explained: "I literally could not find what I wanted to wear. I went to Anderson and Sheppard on Savile Row - which is great - but my suits gave me a backache. A backache. Savile Row tailoring comes from military heritage.

"I try everything on. Just as I do with everything, I'm always aware of trying to make someone look as thin, tall and strong as possible." 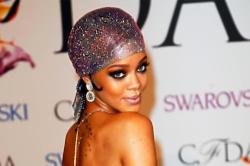 Rihanna thanks Tom Ford for his letter to her Nipples 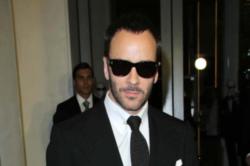 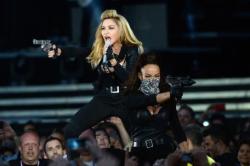