The celebrity hairstylist - whose 1960s wash-and-wear cuts allowed women to be freed from hairspray - passed away at his home in Los Angeles earlier this morning (09.05.12).

Los Angeles police spokesman Kevin Mailberger revealed officers went to Vidal's house in Mulholland Drive this morning where it was determined he had died of "apparent natural causes".

He said in a statement: "It was of apparent natural causes and there is no crime scene. When the officers arrived there were family members at the residence."

As well as being known for his trademark easy-maintenance wash-and-wear haircuts, the London-born stylist also had a number of shampoo and styling products bearing his name, with the slogan: "If you don't look good, we don't look good."

Vidal - who was reported last year to have been suffering from leukemia - earned international fame with his groundbreaking hairstyles in the 1950s including the "bob", and his scissors led to the end of the beehive and bouffant hair style in the decade.

The fashion icon opened his first salon in London in 1954 and later went on to open a New York salon in 1973.

He previously said: "When I first came into hair, women were coming in and you'd place a hat on their hair and you'd dress their hair around it. We learned to put discipline in the haircuts by using actual geometry, actual architectural shapes and bone structure. The cut had to be perfect and layered beautifully, so that when a woman shook it, it just fell back in." 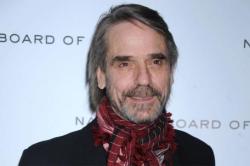 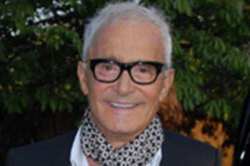 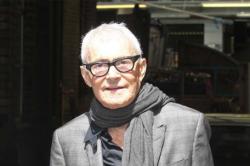