Justin Theroux is designing a clothing line for David Beckham as part of his partnership with Kent & Curwen.

Justin Theroux is to create a clothing line for David Beckham. 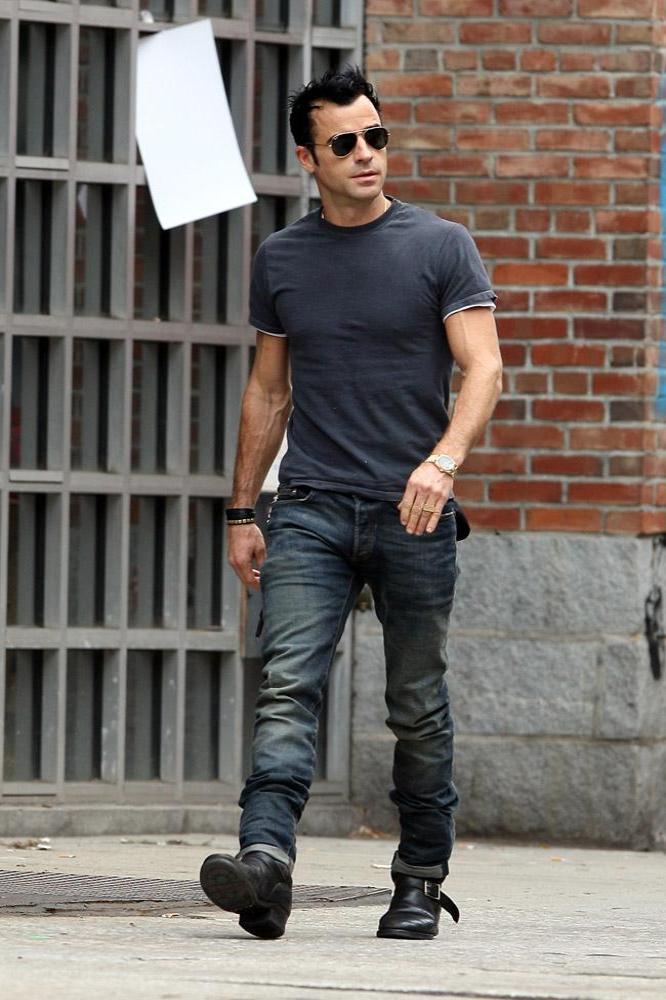 The retired soccer star was introduced to the 'Leftovers' actor by mutual friend Dave Gardner and has asked him to design a collection for Kent & Curwen, the clothing brand he is developing as part of his partnership with Global Brands Group.

A source told Grazia magazine: "Justin has provisionally agreed to design leather motorbike jackets, vintage caps and other elements of biker style, which is his trademark look."

While Justin is to design a fashion collection, his wife Jennifer Aniston has previously admitted she isn't always impressed by his sartorial choices.

The 'Cake' star first met Justin on the set of comedy movie 'Tropic Thunder' - which he briefly appeared in and co-wrote - in Hawaii in 2008 and although she immediately knew she was attracted to him, she wasn't convinced about his fashion sense.

She recalled: "He was wearing black, black, black and I started to sweat just looking at him."

David has a five-year deal with Kent & Curwen to work on all aspects of the luxury menswear company, from advertising to store design.

He said recently: "I'm always looking to work with brands and companies that have a rich history and authenticity. When this authenticity is rooted in the country that I came from, it attracts me even more to the partnership

"What I love is that Kent & Curwen has a pedigree and excellence that has been passed through generations."