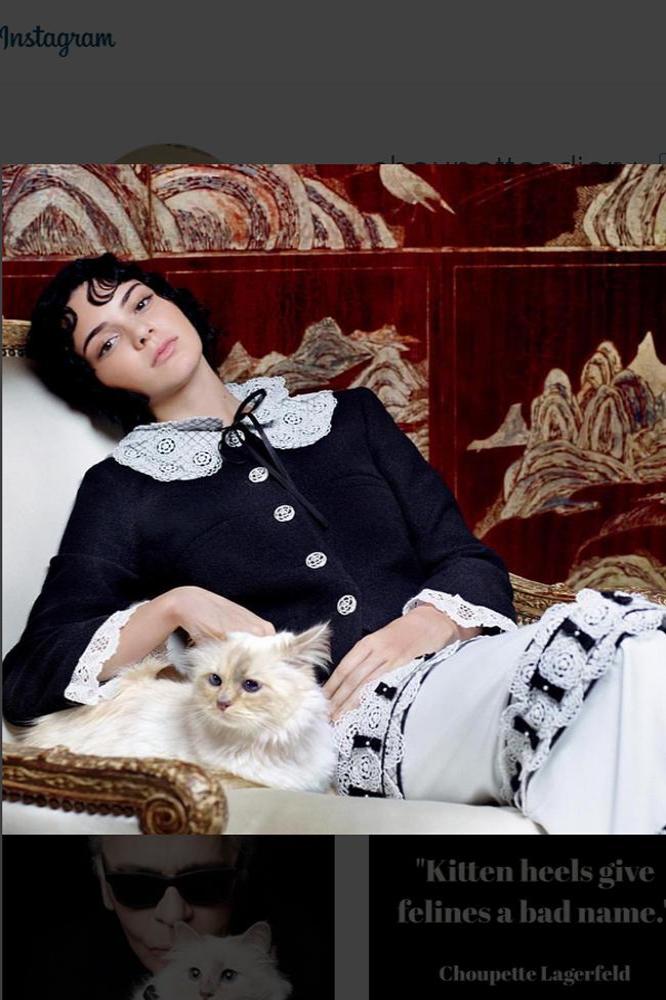 The 19-year-old model is a firm favourite of the Chanel boss - who gave her the honour of closing his couture show back in June - and now the iconic designer has trusted the beauty to star in a campaign alongside his closest companion, Choupette Lagerfeld.

Kendall can be seen cuddling up to the feline on a white futon armchair and dressed in a crochet-style floral jacket and skirt ensemble in the style of Coco Chanel, whilst she lightly pets Choupette, who is looking demurely away from the camera.

Choupette has her own Instagram account and posted the image from the project entitled 'Forces of Fashion: The Designers, Models and Personalities Defining Our Era'.

Her account proudly states that she is "a spoiled #Chanel pussy whose maids pamper her every need."

Meanwhile, Karl says his favourite pet is a "a kept woman" who likes to pass the time using his iPad.

He said: "She is like a kept woman. She has a strong personality. She has lunch and dinner with me on the table, with her own food. She doesn't touch my food. She doesn't want to eat on the floor. She sleeps under a pillow and she even knows how to use an iPad." 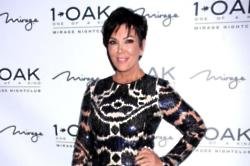 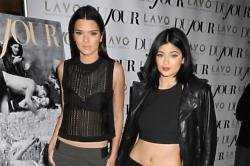 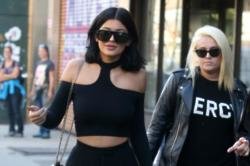