Kylie Jenner has debuted her newly-coloured locks, opting for a mint green. 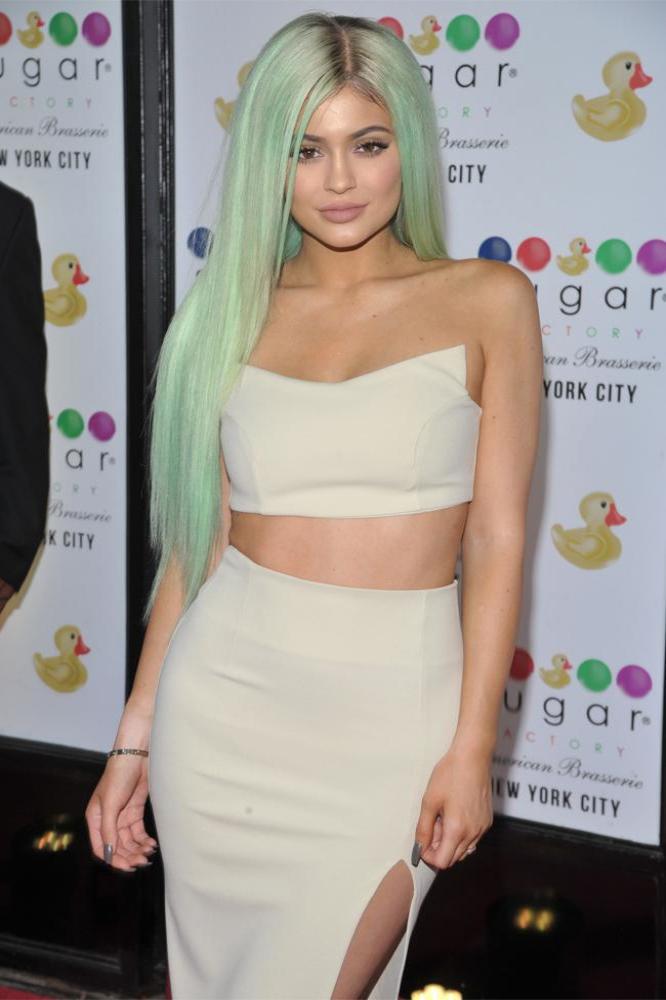 The 'Keeping Up With Kardashians' star debuted her newly-coloured locks as she hosted the grand launch party for lingerie brand Sugar Factory's new store in New York.

And her hair is unlikely to stay this colour for long as she previously admitted she is constantly changing her hair because she doesn't think the natural brown suits her skin tone.

She said recently: "My natural hair color is brown with a reddish tint. Right now, it's jet black. I can't have brown hair for some reason. I don't think it goes with my skin tone. The second I see it turn brown in the sun, I dye it black, the blacker the better."

And the 18-year-old beauty also revealed she goes to different colourists depending on what shade she wants.

She added: "Daniel Moon dyes Nicole Richie's hair, and I love the color she had, this silvery purple. He did my blue color. Next, though, I want to see Tracey Cunningham because I want to go blonde soon. She's supposed to be the best with blondes."

However, her constant hair dying has come at a cost as Kylie also admitted it has "damaged" her locks.

She shared: "I used to have really thick hair with a lot of body, but not anymore. About a year and a half ago, I cut it off, and then I kept bleaching it and dying it blue, so that damaged it a bit. Then on my 17th birthday, I shaved half my head, so my underneath is still growing back. It's still only 50 percent there."