Madonna has teamed up with Gucci for her 'Rebel Heart' tour costumes.

Madonna has teamed up with Gucci for her 'Rebel Heart' tour costumes. 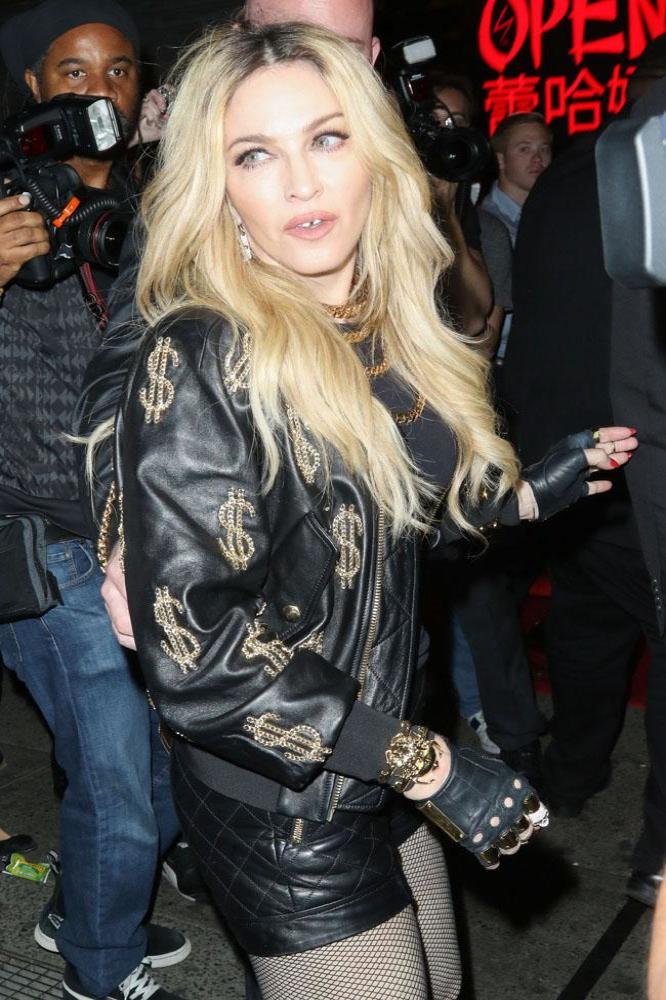 The 56-year-old star is set to embark on a world tour next month and has teamed up with the brand's creative director Alessandro Michele to create designer items to wear on stage, including a pair of black shoes with laces up to her knees.

Posting a snap of the shoes on Instagram, she wrote: "Nothing Glamorous about this bathroom but these Gucci Boots are Eeeeevrythang! #rebelhearttour (sic)."

In other images, the 'Living For Love' hitmaker has shown off a jewelled bodice, numerous glitzy rings and a heavily embroidered, eye-catching dress featuring the 'Rebel Heart' logo, from her 13th studio album released in March.

Elsewhere, the singer posted another snap online of a bespoke leather biker jacket, featuring studs and rivets along with 'Rebel Heart' scrawled across the back and images of wasps and a heart.

Alongside an image of the item, she wrote on Instagram: "Thank You Gucci for this Gorgeous [email protected] #rebelheart (sic)."

The mother-of-four is also expected to wear items designed by Miu Miu, Prada and Moschino when the tour kicks off in Montreal, Canada on September 9.