Stella McCartney has once again designed a stunning range of t-shirts to help raise money for Comic Relief 2013. 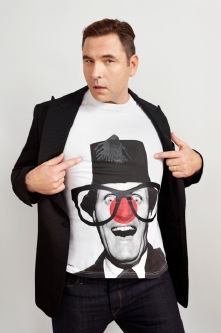 Helena Christensen and Mary McCartney worked their magic behind the camera to capture the stars in Stella's designs.

Modelling the t-shirts for Comic Relief, David Gandy said: "I'm really happy to be involved in the t-shirt campaign. Comic Relief does an amazing job in raising money for such an important cause and by wearing one of Stella McCartney's designed t-shirts you can be a part of that and own a piece of stylish, Comic Relief history at the same time.”

Still, there is one more world famous celebrity surprise to be announced.