The festive season is over, you

It's easy to spiral further into debt

Wonga, Payday loans, Quick quid, Cash lady...the list of payday loan companies goes on and on, and in harsh economic times a quick money fix can be very appealing. So appealing, in fact, that almost one million people have taken out a payday loan in the last 12 months to pay their rent or mortgage, according Shelter.

With tempting offers of ‘money in your account in 15 minutes’, these loans are easy, fast and accessible to almost anyone.  But, says Campbell Robb, Chief Executive of the charity, taking one out can lead to frightening repercussions; “turning to short-term payday loans to help pay for the cost of housing is totally unsustainable. It can quickly lead to debts snowballing out of control and can lead to eviction or repossession and ultimately homelessness.”

“Every two minutes someone in Britain faces the nightmare of losing their home. We urge every single one of these people now relying on credit to help pay their rent or mortgage to urgently seek advice.”

The problem with using companies such as Quick quid is that they often have extremely high APR rates, meaning the money you have to pay back is considerably more than the amount you borrowed. Add to this the fact that your credit history isn’t usually assessed, and you can see why people are struggling to get out of the red.

Currently the UK doesn’t have strict laws regarding APR rates, something Martin Lewis, of MoneySavingExpert.com highlighted; “The UK is the crock of gold at the end of the rainbow for the world's payday lenders. They've been regulated out of other countries and jump for joy at our lax supervision. That's why these 4,000% APR lenders are exploding across British high streets.”

A quick search on Wonga.com revealed that a loan of £400 for just over a month would cost a total of £525.48 in repayments. That’s a massive 30% interest, and for someone already in financial difficulty, an unrealistic amount to pay back in such a short time frame.

If you’re struggling to keep up with your rent or mortgage and are already in debt, then the advice is to seek help from a non profit, professional body and stay clear of instant money lenders. 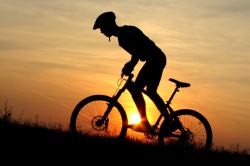