While some of Hollywood's biggest acting names find themselves in the mix for Best Actor this year but there has been one clear favourite to take home the award.

Despite Jeff Bridges being the runaway favourite could Academy voters spring a shock on the biggest night on the movie calendar?

Invictus was one of the movies that was tipped to be a big winner on the awards circuit but it hasn't quite worked out that way.

The Academy always like a biopic movie and Morgan Freeman's nomination for Best Actor comes as no real surprise.

While the actor has been in the mix at the Golden Globes and Screen Actors Guild Awards he has only picked up gongs at the NAACP Image Awards and at the National Board of Review, where he was tied with George Clooney.

Jeff Bridges is the runaway favourite to finally get his hand on one of the golden statuettes for his performance in Crazy Heart.

This is the actor's fifth nomination and it's hard to believe that he is yet to get his hands on an Oscar.

To say that he has dominated the awards season would be a bit of an understatement as he took home the Golden Globe and the Screen Actors Guild Award becoming the toast of tinsel town.

George Clooney in Up in the Air

Up In The Air was another of the pre-award favourites that has failed to find the success that everyone expected.

But George Clooney has found himself nominated at every major awards ceremony for his central performance in the Jason Reitman directed film.

Clooney missed out in 2007 when he was nominated for Michael Clayton and it does look like he may miss out again, he does have a Best Supporting Actor Oscar under his belt for Syriana.

But it's not all doom and gloom from the actor as he has picked up a string of gongs so far at the Washington D.C. Area Film Critics Association, New York Film Critics Circle Award and National Board of Review.

He also found himself nominated at the Golden Globes and the Screen Actors Guild Awards.

Colin Firth in A Single Man

Colin Firth is flying the flag for Britain in the Best Actor category with what is his maiden Oscar nomination.

He has been in the mix at the biggest award ceremonies on the movie calendar, including the Golden Globes and Screen Actors Guild Awards.

But it was his home award ceremony the Baftas where he got his hands on the major prize. He has also picked up gongs at the  Detroit Film Critics Society Awards and San Francisco Film Critics Circle Awards, as well as picking up the Volpi Cup at the Venice Film Festival.

Jeremy Renner in The Hurt Locker

American actor Jeremy Renner is one of the biggest breakthrough actors of the year and it's all thanks to Kathryn Bigelow's The Hurt Locker.

The gritty Iraq drama has shot Renner to critical success and the awards and nominations have just flowed in.

Renner has picked up Best Actor gongs at the Chicago and Boston Critics Awards as well as Breakthrough awards at the Hollywood Film Festival and at the National Board of Review.

With Golden Globe and Screen Actors Guild gongs under his belt Renner is a rank outsider to take home the Oscar but it's great to see new talent recognised by the Academy.

Having said that it would be great, and I would punch the air, if he was to pull off the shock of the night!

The Oscar winners will be revealed 7th March. 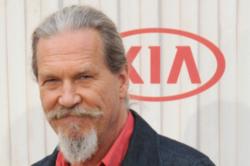 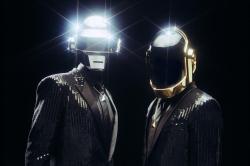