No movie is complete without the supporting stars and this year we have been treated to some outstanding performances that have earnt them praise.

Just days from the Oscar ceremony we look at the outstanding performances that will be battling it out for Best Supporting Actress.

Despite making her name in comedy it's the gritty Precious, which is based on the novel by Sapphire that has brought her major critical success.

She takes on the role of Mary Jones in the movie who inflicts mental and physical abuse on her teenage daughter.

The movie may have included a controversial subject matter but it's Mo'Nique's outstanding performance that has dominated the awards season.

She is the red hot favourite to complete the set on Sunday night by picking up the Oscar.

Vera Farmiga in Up in the Air

Up In The Air may not have been the award success that everyone had been expecting by Vera Farmiga's performance has always been in the mix at the big awards ceremonies.

Award nominations have flown in left right and centre for her performance as the jet-setting Alex in the Jason Reitman directed movie.

She has picked up nods at the Golden Globes, Screen Actors Guild Awards and the Baftas, as well as winning at the Vancouver Film Critics Circle Award

While she won't win on Sunday night this role and this recognition has cemented her as a talent to keep an eye on.

Just twelve months after picking up this award for Vicky Cristina Barcelona Penelope Cruz is back flying the flag for Nine.

The musical was another movie that was expected to do quite well but it's mainly Cruz that has been bagging the nominations for her role as Carla Albanese.

While she hasn't picked up any gongs for her performance this time around the Golden Globes and Screen Actors Guild also give out her consecutive nominations.

Anna Kendrick in Up in the Air

Anna Kendrick is the big new name to land a nomination in this category for her breakthrough performance in Up In The Air.

While she is known for her role in the Twilight Saga series of films it's Jason Reitman's picture that shows off her acting skills.

And it's a performance that has grabbed everyone's attention and earnt her critical acclaim. Much like co-star Farmiga the nominations have flooded in.

The National Board of Review and the Toronto Film Critics Association Awards rewarded her with Best Supporting Actress awards while Palm Springs Film Festival saw her as a talent to keep an eye on by giving her the Rising Star Award.

She has also picked up Bafta, Golden Globe and Screen Actors Guild nominations and has a great career ahead of her.

Has always been a great acting talent and she finally get the recognition that she deserves for her role alongside Jeff Bridges in Crazy Heart.

She has been largely overlooked this awards season and the Oscar nod, which is her first Academy Award nomination, is the first major nod.

tagged in The Academy Awards Mo'nique 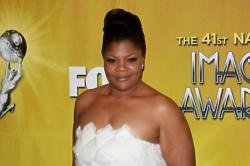