Actors Making Their Directorial Debut In 2013

Dustin Hoffman has enjoyed a very long an illustrious acting career and so it is a a bit of a surprise that he has left it until 2013 to make his directorial debut.

Quartet hit the big screen this week and marked the first time that he had stepped behind the camera in his career - however the wait was worth it because the movie is a triumph.

But Hoffman is not the only actor who will be making their debuts this year and we take a look at some of the stars who are swapping the spotlight for the director's chair.

Ryan Gosling is one of the most exciting young actors around with the likes of Drive, Gangster Squad, The Ides of March and Blue Valentine under his belt in recent years.

And so it comes as no surprise to hear that he will be stepping behind the camera for the first time this year as he is set to direct How to Catch a Monster.

Gosling has also penned the screenplay for the movie - which will star Christina Hendricks and Ben Mendelsohn.

Production on the movie is set to get underway this year for what is expected to be a 2014 release.

Joseph Gordon Levitt is another exciting acting talent who has been making quite a name for himself over the last few years and his movie Don Jon's Addiction will be hitting the big screen this year.

Not only will he show off his directing chops but he will also star in the movie and has penned the screenplay.

Levitt has assembled an exciting cast as Scarlett Johansson, Julianne Moore and Tony Danza are all on the cast list alongside him.

Elizabeth Banks is making her directorial debut this year as part of the ensemble team behind comedy Movie 43.

The likes of Peter Farrelly and Brett Ratner will all have a a hand in the directing of the movie and Banks will be behind one section of the film.

Banks is also set to appear in Movie 43 as part of the super ensemble cast that includes Kate Winslet, Halle Berry, Emma Stone and Hugh Jackman.

Banks is no stranger to the director's chair with shorts AIDS: We Did It and Just A Little Heart Attack already under her belt.

But this first foray into feature film suggests that there could be bigger and better things for Banks behind the camera.

Charlie Hunnam has a busy 2013 ahead of him as work on Sons of Anarchy continues while he is also set to star in Guillermo Del Toro's film Pacific Rim later this summer.

But as well as all the acting projects he has on the go Hunnam could well be making his first step behind the camera this year.

He has been writing his own screenplay and the movie is expected to star his Sons of Anarchy co-star Tommy Flanagan - this is no news yet as to when filming may begin.

But working on one script is not enough for Hunnam as he also has another four in the pipeline including one about Vlad The Impaler.

Russell Crowe could also be making his directorial debut this year with a biopic about Bill Hicks.

The project has been floating around for quite a few years and Crowe was originally attached to play the comedian.

But now it seems that he will be behind the camera instead and filming is expected to get underway this year.

But Crowe does have a busy 2013 ahead of him as he promotes Man of Steel, Broken City and Les Miserables.

He is currently filming Winter's Tale and he has just finished work on Noah, the new movie from Oscar nominated filmmaker Darren Aronofsky.

Channing Tatum is another actor who is keen to make his debut but is yet to name a project while Matt Damon has also shown an interest in moving behind the camera.

He should have been making that debut this year with Promised Land - a movie he wrote and stars in - but he gave directing duties over to Gus Van Sant.

Quartet is out now 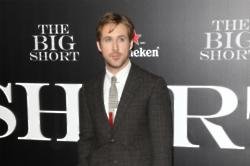 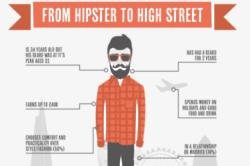