We have been looking ahead to some of the great movies that will be heading our way next year - I don't know about you but 2013 promises to be a great twelve months in the cinema.

Today we bring out guide to 2013 movies to an end by looking at some of the animation films that will be coming our way.

Now Monsters Inc is my favourite Pixar movie of all time and so I was excited as well as feeling a little bit of dread when this movie was announced.

I am excited to see Mike and Sully back on the big screen once more but worried that this movie won't capture the magic of the original.

The movie follows the relationship between Mike and Sulley during their days at the University of Fear -- when they weren't necessarily the best of friends.

Billy Crystal and John Goodman are back as Mike and Sully while Steve Buscemi, Kelsey Grammer and Ken Jeong have also lent their voice to the project.

Dan Scanlon is in the director's chair for the movie as he directs a Pixar movie for the very first time.

We have come to expect a stellar line-up when an animation hits the big screen and The Croods has one of the best cast list of the year.

Nicolas Cage, Ryan Reynolds, Emma Stone and Catherine Keener have all lent their voices to the movie - which is directed by Kirk De Micco and Chris Sanders.

A comedy adventure that takes us back to the beginning - to a previously undiscovered era known as the Croodacious - a time when Mother Nature was still experimenting and the flora and fauna we know today hasn't evolved yet.

The Croods is released 22nd March

Now I have to admit that I wasn't a huge fan of Despicable Me when it was released back in 2010 but it was a box office smash so Gru and the minions are back.

The minions were a major marketing tool first time around and it looks like we will be seeing plenty of them this time around.

Nothing about the plot for the movie has been revealed but Pierre Coffin and Chris Renaud are back in the director's chair.

Steve Carrell is also back voicing the character of Gru and we will also be hearing the lovely tones of Kristen Wiig, Miranda Crosgrove and Russell Brand.

Despicable Me 2 is released 28th June

From the creators of Ice Age and Rio comes a new animation movie Epic, which is based on the children's book by William Joyce.

And the movie has an experienced hand in the director's chair in the form of Chris Wedge - he directed Ice Age and Robots.

Epic tells the story of a battle raging all around us between the forces of good, who protect nature, and the forces of evil, who wish to see it destroyed.

When a teen age girl finds herself magically transported into this secret universe, she must band together with a rag-tag team of fun and unique characters to save their world... and ours.

Epic is released 24th May.

We all know the story of Dorothy Gale and the Wizard of Oz but next year an animation movie will take us back to the Land of Oz.

The movie is an adaptation of the book of the same name by Roger Stanton Baum and sees Dan St Pierre and Will Finn in the director's chair.

There is trouble in Oz and Dorothy is needed! With Glinda’s help, she and Toto return to Oz.

Joined by her old friends the Scarecrow, the Tin Woodman, the Lion as well as exciting new characters, Dorothy sets out on a perilous journey to stop the crafty Jester from using the power of the Wicked Witch of the West’s wand to turn the people of Oz into puppets.

That seems to be the least of Dorothy’s problems as her travels lead her straight into a treacherous maze, a cave full of very hungry dragons and an evil spell that could destroy the Yellow Brick Road. 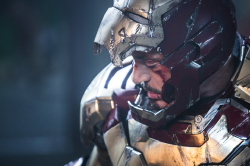 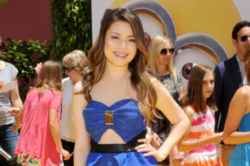 Despicable Me 2 Crushes The Lone Ranger In Race for U.S. Box Office Title 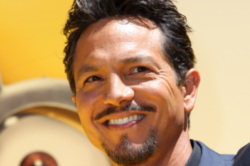 Despicable me 2 Makes History in Mexico