The Best Of Ang Lee

Ang Lee has been one of the most exciting filmmakers for many years who has made interesting and diverse movies.

Throughout his career he has moved from genre to genre showing that he tackle any story where it be action or drama or book adaptation.

This week he is back in the director’s chair for the first time since Taking Woodstock in 2009 as he has adapted the novel Life of Pi for the big screen.

And to celebrate the Oscar winner’s return we take a look at some of the best movies that he has directed over the years.

Lee kicked off his career in Taiwanese film and it was The Wedding Banquet that was one of his early hits.

To satisfy his nagging parents, a gay landlord and a female tenant agree to a marriage of convenience, but his parents arrive to visit and things get out of hand.

The movie saw Lee tackle the comedy genre with real success and it was the first of three films during Lees career that featured gay characters - the other being Brokeback Mountain and Taking Woodstock.

The Wedding Banquet was a critical success and it went on to be nominated for Best Foreign Language Film at the Oscars and at the Golden Globes.

But it was to be Lee’s adaptation of novel Sense and Sensibility that brought him to global attention and global acclaim.

The movie was released back in 1995 and saw Lee team up with actress Emma Thompson who not only starred in the movie but also penned the screenplay.

The movie was a triumph as it was a fantastic adaptation of the much loved Jane Austen novel as it blended drama, romance and humour seamlessly.

Sense and Sensibility really did put Lee on the map and it notched up seven Oscar nominations including Best Picture.

Crouching Tiger, Hidden Dragon remains one of Lee’s greatest movie achievements as he returned to a foreign language film in 1999.

The movie was based on the traditional Chinese wuxia gene and brought together a great cast that included Chow Yung Fat, Michelle Yeoh and Zhang Ziyi.

Not only did box office success come the movie’s way but it also enjoyed some huge award recognition as it won Best Foreign Language Film and was nominated for Best Picture and Best Director.

Over ten years on Crouching Tiger, Hidden Dragon remains one of the best movies in this genre and still stuns no matter how many times you watch it.

But of all of Ang Lee’s movies the one that had the biggest impact was Brokeback Mountain - which was an adaptation of Annie Proulx’s short story of the same name.

It was a movie that pushed the boundaries and was the most acclaimed movie of 2005 as it picked up seventy one gongs.

While Lee finally got his hands on a Best Director Oscar for his work Brokeback Mountain but the movie missed out on Best Picture - the gong instead going to Crash.

Two years later Lee was back in the director’s chair as returned to Chinese cinema with Lust, Caution - which was adapted from a short novel by author Eileen Chang.

There is a real intensity to Lust, Caution from start to finish and it is a movie that excites and engages.

It would be the second time that Lee had adapted a short story into a feature length movie - the first being Brokeback Mountain.

Like all of Lee’s work before it Lust, Caution was heaped in praise up on its release and it was awarded the Golden Lion - Lee winning for the second time in three years.

This week Lee is back with Life of Pi - which is a big screen adaptation of the novel of the same name by Yann Martel.

A remarkable breakthrough in the use of 3D technology, Pi will take audiences on an emotionally captivating journey that will inspire, touch and transport them to a place of discovery they will be unable to forget.

Life of Pi promises to be an emotional adventure and is one of the movies that is not to be missed this Christmas. 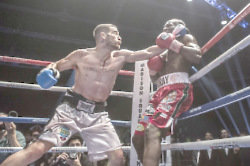 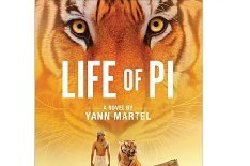 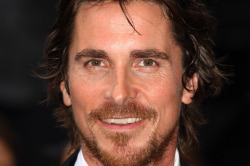