Biopic Movies In Oscar Contention In 2012

We have already established that there is a strong correlation between biopic movies and performances and Oscar wins.

Yes it seems that the Academy really loves a true story and the likes of Jamie Foxx, Colin Firth & Helen Mirren have all received Oscars for their portrayals of Ray Charles, Queen Elizabeth II & King George VI.

And the 2012 Oscars could potentially follow the same pattern as there are four biographical movies that are already gathering some early Oscar mentions…. Let’s take a look at them.

The Iron Lady sees Meryl Streep return to the big screen as she takes on the role of Margaret Thatcher in the Phyllida Lloyd directed movie.

Let’s face it there was talk of an Oscar win the second Streep was announced in the role and those thoughts were only strengthened when we saw early trailers for the movie.

The movie looks at the life of Margaret Thatcher, the former Prime Minister of the United Kingdom, with a focus on the price she paid for power.

She is currently the favourite to walk away with the Best Actress Oscar next year. But she is not the only member of the cast who could well pick up a nomination.

Jim Broadbent takes on the role of Dennis Thatcher in the movie and he too could well be in line for another nod. I would also be very surprised if this movie was not nominated for Best Picture.

I am always excited to see a new Clint Eastwood movie but when you hear that he is teaming up with Leonardo DiCaprio then you know that you are in for a cracker.

DiCaprio takes on the role of J Edgar Hoover in the movie and he will be looking to repeat the success of The Aviator, where he was nominated for a Best Actor Oscar when he took on the role of Howard Hughes.

As the face of law enforcement in America for almost 50 years, J. Edgar Hoover was feared and admired, reviled and revered. But behind closed doors, he held secrets that would have destroyed his image, his career and his life.

But Dicaprio will not be the only one who receives a nomination for this movie as J Edgar is one of the early favourites to pick up a Best Picture nod.

Clint Eastwood should also pick up a nomination for his directing work and Judi Dench could snatch a Best Supporting Actress nomination for her role as Anne Marie Hoover.

My Week With Marilyn

Michelle Williams was in the running for a Best Actress Oscar earlier this year for her role in Blue Valentine and she could well be there again next year for her portrayal of Marilyn Monroe.

Directed by Simon Curtis the movie follows Colin Clark, an employee of Sir Laurence Olivier's, who documents the tense interaction between Olivier and Marilyn Monroe during production of The Prince and the Showgirl.

Kenneth Branagh could be another actor on the cast list who could well pick up an Oscar nod as he takes on the role of Laurence Olivier in the movie.

My Week With Marilyn is released 25th November.

Brad Pitt is an actor who seems to be getting better with age and he has already won the critics over with his new movie Moneyball.

The movie sees Pitt take on the role of Billy Beane, the Oakland A’s general manager who attempted to put together a baseball club on a budget by employing computer-generated analysis to draft his players.

Pitt is an early favourite to pick up an Oscar nod but can he get his hands on his first Oscar? I also expect the movie to be nominated for Best Picture. 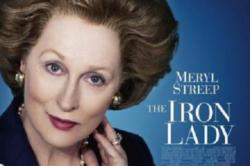 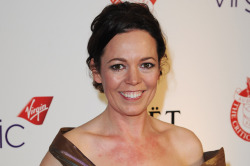