Forget masked men running around with a lethal weapon or a creature attacking everyone in sight it's the creepy children that really freak me out in a horror movie.

And this week the creepy horror child is back as Orphan is released here in the UK. Isabelle Fuhrman takes on the role of the orphaned Esther who is adopted by Kate and Joe Coleman, played by Vera Farmiga and Peter Sarsgaard.

But instead of being grateful for the new life that has been given to her things start to go wrong and Esther isn't all she seems.

So FemaleFirst takes a look at some of the creepiest children to have ever graced the big screen.

The sack boy, also named Tomas, was by far the creepiest thing about 2007's The Orphanage. The child turns up just before the disappearance of Laura, played by Belen Rueda.

The film plays on a parent's deepest fears: a child being hurt, lost, taken or, which packs a greater punch, leaving of their own accord.

It also prays on our unrecognised fear of children and how their vulnerability makes us, as parents, vulnerable. And the character of Tomas was one of the creepiest to grace the big screen in 2008.

The character of Regan MacNeil is an icon of horror cinema as The Exorcist caused controversy when it was released back in 1973.

After finding a Ouija board in her basement twelve year old Regan tells her mother that she made contact with Captain Howdy.

What her mother may have thought was harmless childsplay soon turns into a nightmare when she becomes possessed by an ancient demon. Urinating in front of dinner guests, swearing and the little incident with the crucifix is not the behaviour of a little girl!

However it is Damien Thorn who is the ultimate horror movie creepy child and he came to the big screen for the very first time back in 1976.

And it was Gregory Peck who was on the wrong side of the devil child as the people around him all begin to die.

His nanny hangs herself, and Damien's mother Katherine is killed in a fall after being pushed over a railing by her son. Over the years and a series of sequels Damien has continued to taunt the people around him.

We are so used to Dakota Fanning playing cute and sweet little girls when she appears on the big screen but her 2005 role in Hide and Seek was a little different.

And you have to applaud Fanning for her performance as Emily who is left traumatised by the death of her mother, and lets say she is less than impressed when her father, played by Robert De Niro, gets new lady friend.

She befriend a mysterious imaginary friend call Charlie who begins to disturb the peace. And with a great twist at the end Fanning gives an uber creepy performance.

Everyone had this image of Macaulay Culkin as this innocent little boy from his hit movie Home Alone but this was turned on it's head with the release of psychological thriller The Good Son back in 1993.

He took on the role of Henry a sociopath who drowned his younger brother in a fit of jealously and made it look like an accident. Before going on to try and kill his cousin, played by Elijah Wood, and his mother.

Other creepy cinema kids include Cole Sear from Sixth Sense, the twins from The Shining and of course Toshio from The Grudge. Believe me always keep your eyes on the kids in a horror movie! 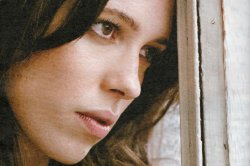 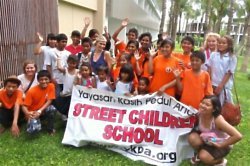 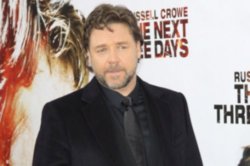