Breaking into the top ranks of British superstars who are making it huge in Hollywood, Clive Owen is a Golden Globe and BAFTA-winning actor, best known for his roles in Gosford Park, Children Of Men, The Bourne Identity and Sin City.

He now takes the lead in new psychological horror Intruders (out on blu-ray & DVD 21st May) and to celebrate the release, we take a look at Clive’s best films.

In Intruders Clive Owen plays the embattled father who is searching for the man who haunt’s his beloved daughter in the night.

His daughter has petrifying dreams of a faceless demon that becomes a real danger, so here you see Clive defined as the ultimate movie dad!

To read the screenplay might make you wonder what the hell they were thinking with 2007’s Shoot Em’ Up - but with Clive Owen bringing a deadpan style to this actioner, the film becomes a thoroughly entertaining romp.

Clive’s character, Mr. Smith, has to deal with waves of armed assassins, a lactating hooker, and even killing a man by firing bullets out of his bare hands - all to protect a tiny newborn he delivers at the start of the film. 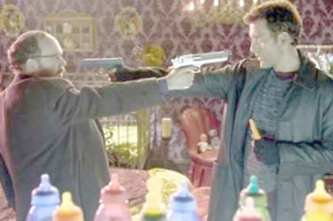 The pair attempt to preserve hope by protecting a pregnant woman in a barren world. The film received various award accolades and many critics included it on their lists of the best movies of 2006. 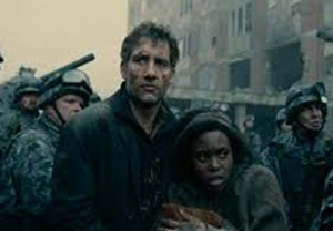 The film was a massive success for its creative originality and colouring process, and Owen got an MTV Best Kiss award nomination for his smooch with  Rosario Dawson. 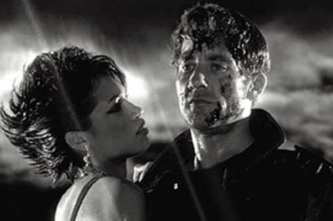 People remember the Bourne films for certifying Matt Damon a bona fide action star - but it was Clive Owen’s steely assassin that sticks in our mind.

'The Professor' is sent to kill Bourne to cover up a failed job, and stalks him at a French farmhouse in a very tense standoff, but Bourne eventually kills him. 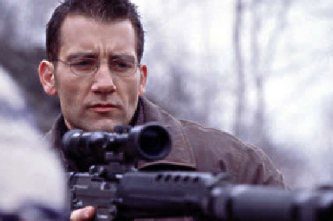 What follows is 129 minutes of mind bending twists and thrills from a great writer and excellent cast. Owen shines as the lead baddie in this intelligent film. 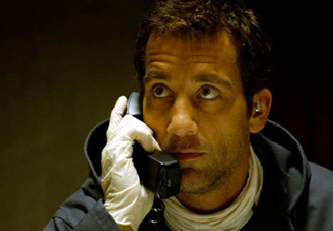