Detachment is in cinemas on Friday, 13th July. Academy Award winner Adrien Brody stars as Henry Barthes, an educator with a true talent to connect with his students. Yet Henry has chosen to bury his gift.

By spending his days as a substitute teacher, he conveniently avoids any emotional connections by never staying anywhere long enough to form an attachment to either students or colleagues.

To celebrate the film's release we look at other schools from the movies:

Perhaps the most comparable movie in this list to Detachment, Dangerous Minds’ take on troubled inner-city schooling stood out in 1995 at a time when gangster rap was all the rage and gun crime was on the rise across the pond.

Crime, drugs, gangs and teenage pregnancies are all covered in this gripping drama from the house that built movies such as Top Gun and Bad Boys, Don Simpson and Jerry Bruckheimer Productions.

How much more legendary can a school get than one that has Rupert Everett playing the role of a head mistress, Girls Aloud in cameos as the school band, and Russell Brand as a cockney spiv (i.e. himself, as usual). The answer, of course, is not bloody much!

Based on a mid-20th Century cartoon strip by Ronald Searle that was later serialised into a run of films (which also featured an actor - Alastair Sim - playing the head mistress in drag), St. Trinians depicts hell-raising boarding school girls and teachers who’re equally as morally reprehensible, proving once and for all that the female of the species really is more deadly than the male.

Winner of the Palm d’Or at the 1969 Cannes Film Festival, and featuring Malcolm McDowell in a typically controversial role that lent the film an X rating from the BBFC (the equivalent of a modern day 18, but much less common at the time), to say that this movie courted controversy would be a monumental understatement.

Touching on all manner of subjects that would remain taboo today - including self-inflicted asphyxiation, references to paedophilic behaviour, and the conclusion of a school shooting - perhaps this particular on-screen school would be better described as infamous rather than legendary.

Either way, it’s a damning assessment of British boarding school hierarchies and their brutal practices as recently as half a century ago.

With noticeable parallels to Alicia Silverstone’s breakout movie, Clueless, Easy A takes Nathaniel Hawthorne’s classic literary work, The Scarlet Letter and openly uses its plot as a reflective touching point throughout the movie.

But on top of a superb performance from Emma Stone, it’s the cliques of Ojai North High School that really bring colour to the storyline.

From the rampant hypocrisy of the Christian student body, to the fickle nature of popularity and how its fuelled by immature teenage attitudes towards sex, no stone is left unturned in this brutal assessment of high school life.

And when the teachers prove themselves to be just as bad as the students, the film begs the question: is there any hope for our youth? Ultimately though, the kids are alright, as evidenced by a superb throwback reference to ‘Brat Pack’ classic, Say Anything.

In an uncharacteristically commercial approach from director, Richard Linklater, School of Rock shows off Jack Black doing what he does best: rocking out, Tenacious D style. Throw in a plot that features fraudulent teaching at a pretentious prep school, and you’ve got a recipe for riotous comedy.

The movie doesn’t disappoint either: yes, it goes precisely where you’d expect it to at every turn, but that predictability is to its credit.

The high jinx that goes on under the noses of stuffy teachers at Horace Green Elementary School certainly does enough to put this movie amongst the legends of silver screen schooling.

As Rambo is to action movies, The Breakfast Club is to the ‘Brat Pack’ films of the 80s. Featuring iconic shots such as Judd Nelson’s raised fist to a backing of Simple Minds’ ‘Don’t You Forget About Me’, the movie perfectly summed-up the trials and tribulations of school life in a decade when image was everything and the notion of teenage angst was taking its first baby steps.

That Saturday detention at Shermer High School - which brought together unlikely confidants from a jock to a nerd, and a princess to a recluse - holds pride of place as one of John Hughes’ finest movies, and defines the mood of a generation without ever leaving the confines of a school.

Originally positioned as a TV movie for the Disney Channel, High School Musical would later bear two sequels and pave the way for school-based musical dramas such as Glee.

Troy and Gabriella’s East High School remains the original and best though, with its assortment of jocks, geeks, and skaters offering a diverse chorus for memorable tracks such as ‘Stick to the Status Quo’ and ‘We’re All In This Together’.

A must for ‘tweens’ and musical fans alike, High School Musical can take pride of place in any guilty pleasures collection.

Detachment is out now 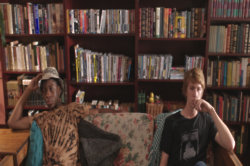 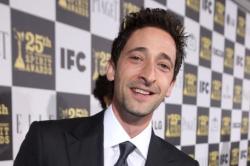