Rise of the Guardians hits the big screen this week and continues a great year for mainstream animation as the likes of Brave, Hotel Transylvania and Ice Age have all down well at the box office.

However if you haven't looked beyond the mainstream animation flicks this year then you have missed out on some real gems.

Studio Ghibli are just first class animation movies and have brought us the likes of Spirited Away and Howl's Moving Castle in recent years.

Arrietty was their offering this year as it was released onto DVD and it was another gem as it was a take on the story of The Borrowers.

It is a touching movie as well looking fantastic as the studio does not use CGI animation and so it is a breathe of fresh air.

This is charming from star to finish as the characters are so wonderfully crafted and the audience is pulled into that world. This is a movie that you need to check out if you have not seen it yet.

A Cat In Paris hit the big screen earlier this year and was nominated for the Best Animated Film Oscar - losing out to Rango.

Set in Paris the movie follows a cat who lives a secret life as a cat burglar's aide who must come to the rescue of Zoe, the little girl he lives with, after she falls into a gangster's clutches.

A Cat In Paris has an elegant hand drawn style and really is a change in animation style - it really does look fantastic.

It is a fun and exiting film that will entertain the whole family and is one not to be missed.

Click here to buy A Cat In Paris on DVD

If there is one animation style that looks fantastic on the big screen then it is stop motion animation and Tim Burton returned to this genre earlier this autumn.

Frankenweenie saw Burton adapt his own short film as he helmed a stop motion animation film for the first time since The Corpse Bride.

The black and white film really is beautiful and it gives and even greater eeriness to the movie and the events that unfold.

This is one of the most endearing and touching animation movies of the year - it really does pack a punch.

Frankenweenie is a movie that has a great story and it is just looks so beautiful and it a real turn to form for Burton.

Bill Jones, Jeff Simpson and Ben Timlett have come together to direct A Liar's Autobiography - which was inspired by Monty Python star Graham Chapman.

The movie uses a whole host of different animation styles to be one of the most unique films of the year.

The late Chapman narrates the movie while John Cleese, Terry Gilliam, Michael Palin and Terry Jones all lend their voices to the project.

The movie is a visual treat as well as being entertaining as it taps into the humour of Chapman as well as the other actors on the cast list.

Click here to buy A Liar's Autobiography on DVD

- A Letter To Momo

We have already looked at one Japanese movie in the form of Arrietty but A Letter To Momo is another film that hit the big screen this year.

The anime drama was directed by Hiroyuki Okiura and follows an eleven year old girl who struggles after the death of her father.

A Letter To Momo is beautifully animated and much like many of these films in this genre from Japan provide a breather from the CGI driven animation movies that we have become use to over recent years.

Rise of the Guardians is released 30th November 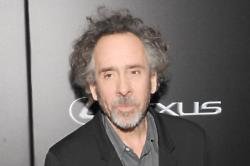