Over the years the profile of the Baftas has gone through the roof - it is now one of the must be at movie award ceremonies on the calendar.

It doesn't seem like twelve months ago when we were praising The Hurt Locker and Kathryn Bigelow but here we are again... and this year the competition is closer than ever before.

Yes Sunday's ceremony promises to be an exciting one as there are now just two week until the Oscars.

So here at FemaleFirst I put my money where my mouth is and predict some winners.

The Social Network may have won at the London Film Critics Circle this week but the Baftas may just lend their support to the Colin Firth movie.

The King's Speech has been one of the early joys on the big screen and deserves every inch of success that is coming it's way.

With the Oscars just around the corner it is a two way fight between The King's Speech and The Social Network for Best Picture.

The King's Speech should do very well at the weekend and, I hope, that it does walk away with both gongs. However Bafta may do the diplomatic thing and give The Social Network Best Film and the King's Speech Best British Film.

But Best British Film is an incredibly strong category this year with 127 Hours, Another Year, Four Lions and Made In Dagenham all nominated.

Sadly I feel that Christopher Nolan walking away with Best Director is a little bit of a pipedream but I am standing by my guns.

With Inception this incredibly talented director produced the movie of the year - a fabulous script with plenty of wonderful twists and turns.

Sadly Nolan, despite being nominated for Best Picture and Best Original Screenplay, was overlooked in the directing category - Bafta could restore a little bit of justice. However David Fincher is the most likely winner.

The movie has since gone on to win the Golden Globe but How To Train Your Dragon has been getting some last minute support as it picked p a whole host of Annie Awards last week.

Despite this Toy Story 3 should comfortably take the Best Animated Movie Bafta and the Academy Award.

Colin Firth has become the toast of Hollywood with his central performance as King George VI in The King's Speech - picking up awards left, right and centre.

And Sunday should see that trend continue as he is expected to walk away with the Bafta for the second year in a row - winning twelve months ago for A Single Man.

For me Annette Bening turned in the performance of 2010 in family drama The Kids Are All Right, which also starred Julianne Moore and Mark Ruffalo.

The actress has been picking up award nods at ever major ceremony but has so far played second fiddle to Natalie Portman - who also turns in an excellent performance in Black Swan.

Last year Colin Firth won Best Actor ahead of fave Jeff Bridges - who went on to claim the Oscar - it would be great to see this happen again and Bening receive some applause for her great work.

In the surprise absence of Melissa Leo in this category for her turn in The Fighter the award could just go toHelena Bonham Carter for her performance in The King's Speech.

But with the likes of Amy Adams (The Fighter), Barbara Hershey (Black Swan), Lesley Manville (Another Year) and Miranda Richardson (Made In Dagenham) this is the hardest to predict category.

You know it's about time that Christian Bale received some awards recognition for his work having put in some great performances over the years - The Machinist being the major one in mind - and finally it's coming his way.

His performance as Dicky Eklund in The Fighter has had critics, including myself, raving as he steals the move and ever scene he happens to appear in.

He once again goes above and beyond the call of duty in preparing for his role and had won every gong going in recent weeks.

The Bafta Rising Star award is the only category that is voted for by the general public which recognises the actors who have made a breakthrough.

Hardy is a personal favourite as he produced a great performance in last summer's Inception but Stone and Garfield have also been hits with the critics over the last twelve months.

The Bafta winners will be announced 13th February. 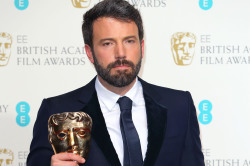 Argo Triumphs At The Baftas 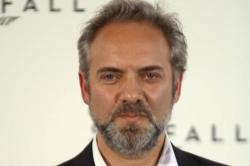