During his lifetime, J. Edgar Hoover would rise to be the most powerful man in America. As head of the Federal Bureau of Investigation for nearly 50 years, he would stop at nothing to protect his country.

Through eight presidents and three wars, Hoover waged battle against threats both real and perceived, often bending the rules to keep his countrymen safe.

His methods were at once ruthless and heroic, with the admiration of the world his most coveted, if ever elusive, prize.

Hoover was a man who placed great value on secrets, particularly those of others, and was not afraid to use that information to exert authority over the leading figures in the nation.

Understanding that knowledge is power and fear poses opportunity, he used both to gain unprecedented influence and to build a reputation that was both formidable and untouchable. 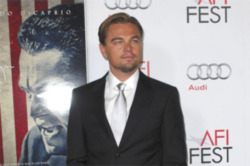