The Rise Of Lily Collins

Lily Collins takes on her first major lead movie role this week as she teams up with director Tarsem Singh for Mirror Mirror.

It has been a swift rise for the actress and she looks set to be one of the young talents to keep an eye on for the next few years.

Collins kicked off her career back in 2009 in TV when she starred as Phoebe Abrams in 90210, but it wasn’t long before movies came calling.

And since moving onto the big screen Collins has mixed and matched her movies and has not just stayed with one genre.

She made her big screen debut in 2010 when she took on the role of Collins Tuohy in critical hit The Blind Side.

The movie saw her team up with Sandra Bullock, who went on to win the Best Actress Oscar for her central performance, as the real life story of Michael Oher and the Tuohy family was brought to the big screen.

She switched the family drama for sci-fi for her next project as she starred in Priest. But the movie that helped grab everyone’s attention was action movie Abduction.

The movie saw her and Taylor Lautner as two teens who find themselves on the run and it was an action packed movie from start to finish.

But Mirror Mirror is her biggest role to date and the first time that she has led the cast list. For her new project she plays Snow White in a re-telling of the popular fairytale.

And it is an all star cast as Julia Roberts, Armie Hammer, Nathan Lane and Sean Bean are all also on the cast list.

When Snow White’s beauty wins the heart of the prince that she desperately pursues, the Queen banishes her to the forest, where a ravening man-eating beast hungrily awaits.

Rescued by a band of diminutive highway robbers, Snow White grows into an indomitable young woman determined to take back her realm from the treacherous Queen.

And Collins has plenty of projects on the horizon and she has already completed work on The English Teacher.

The comedy drama also stars Julianne Moore, Nathan Lane and Greg Kinnear while Craig Zisk is in the director’s chair.

She is currently filming Writers with Logan Lerman and Jennifer Connelly and that will be out next year.

Mirror Mirror is out now 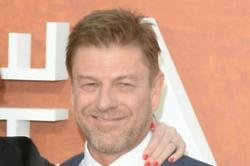