What Will You Be Watching This March?

Now that all the Oscar movies are out of the way we can start looking ahead to a blockbuster summer - and March has a couple event movies to look forward to.

And so FemaleFrist, with the help of The Big Picture, have put together a guide of the movies you should be facing over the next few weeks.

We might all know Robert Pattinson for his role as Edward Cullen in Twilight but he takes on a very new role in his latest movie Bel Ami.

The movie sees Pattinson team up with Christina Ricci, Uma Thurman and Kristen Scott Thomas while Declan Donnellan & Nick Ormerod are in the director's chair.

The story chronicles the rise of penniless ex-soldier Georges Duroy (Pattinson) through the echelons of the Parisian elite.

It has been a century since Edgar Rice Burroughs first wrote about the adventures of John Carter and this month sees that story brought to the big screen.

Andrew Stanton, the man behind Finding Nemo, makes his live action movie debut while Taylor Kitsch stars as John Carter in the biggest role of his career.

The film tells the story of war-weary, former military captain John Carter (Taylor Kitsch), who is inexplicably transported to Mars where he becomes reluctantly embroiled in a conflict of epic proportions amongst the inhabitants of the planet, including Tars Tarkas (Willem Dafoe) and the captivating Princess Dejah Thoris (Lynn Collins).

In a world on the brink of collapse, Carter rediscovers his humanity when he realizes that the survival of Barsoom and its people rests in his hands.

We haven't seen Mark Wahlberg on the big screen since The Fighter last year but this month sees him return with new movie Contraband.

The actor leads an all star cast that includes Kate Beckinsale, Ben Foster and Giovanni Ribisi in what promises to be one of the best action movies of early 2012.

Chris Farraday (Wahlberg) long ago abandoned his life of crime, but after his brother-in-law, Andy (Caleb Landry Jones), botches a drug deal for his ruthless boss, Tim Briggs (Giovanni Ribisi), Chris is forced back into doing what he does best, running contraband, to settle Andy’s debt.

Chris is a legendary smuggler and quickly assembles a crew with the help of his best friend, Sebastian (Ben Foster), to head to Panama and return with millions in counterfeit bills.

Things quickly fall apart and with only hours to reach the cash, Chris must use his rusty skills to successfully navigate a treacherous criminal network of brutal drug lords, cops and hit men before his wife, Kate (Kate Beckinsale), and sons become their target.

- We Bought a Zoo

Matt Damon has made some great movies in the last twelve months and he is back with new project We Bought A Zoo.

Based on a real life story We Bought A Zoon sees Damon team up with filmmaker Cameron Crowe while Scarlett Johansson & Thomas Hayden Church are on the cast list.

We Bought A Zoo is a story about finding joy, the power of family, and the triumph of hope.

A widowed father buys a dilapidated zoo in hopes of making a fresh start. While facing enormous odds to keep the zoo open, he must find the courage to recommit to his children and to their new life together.

We Bought A Zoo is released 16th March.

- Wrath of The Titans

It has been two years since Sam Worthington first took on the role of Perseus but now he is back in Wrath of the Titans.

If the trailer is anything to go by this sequel looks bigger and better than the original as Jonathan Liebesman takes over the helm.

Liam Neeson & Ralph Fiennes are also back as Zeus & Hades while Billy Nighy and Rosamund Pike are two of the new faces on the cast list.

A decade after his heroic defeat of the monstrous Kraken, Perseus is attempting to live a quieter life as a village fisherman and the sole parent to his 10-year-old son, Helius.

Meanwhile, a struggle for supremacy rages between the gods and the Titans. Dangerously weakened by humanity's lack of devotion, the gods are losing control of the imprisoned Titans and their ferocious leader, Kronos, father of the long-ruling brothers Zeus, Hades and Poseidon.

The triumvirate had overthrown their powerful father long ago, leaving him to rot in the gloomy abyss of Tartarus, a dungeon that lies deep within the cavernous underworld.

Perseus cannot ignore his true calling when Hades, along with Zeus's godly son, Ares, switch loyalty and make a deal with Kronos to capture Zeus. The Titans' strength grows stronger as Zeus's remaining godly powers are siphoned, and hell is unleashed on earth.

Wrath Of The Titans is released 30th March 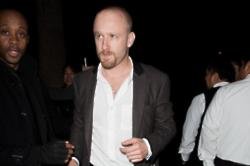 Ben Foster To Star With Christian Bale in Hostiles 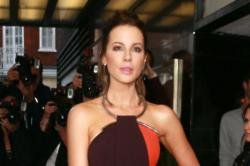