Keeping It In The Family

There have always been acting families in Hollywood from the likes of the Mills, the Redgraves and the Hustons.

And that trend continues today as plenty of siblings who are sharing the acting spotlight and enjoying huge success.

So to celebrate the release of Emily Blunt's new movie Your Sister's Sister we take a look at some of the successful movie brothers and sisters.

There are no sibling who are enjoying more success at the moment that the lovely Hemsworth brothers as they are both of a super huge franchise.

Chris kicked off his career in TV before making the jump into movies but it is the role of Thor that really has put him on the map.

This summer he reprised the role of the superhero in Avengers Assemble and the movie has dominated the box office grossing in excess of $1.4 billion.

And he has plenty of projects on the horizon with Rush and Thor 2.

And with Liam Hemsworth has enjoyed equal success this year as he landed the role of Gale in The Hunger Games.

The movie was a mammoth success and it currently the second biggest grossing movie of the year. He will be reprising the role in Catching Fire and Mockingjay.

Later this summer he will be joining the likes of Sylvester Stallone and Jason Statham in Expendables 2 and he is currently working on Empire State.

Mary-Kate and Ashley Olsen may have left their acting career behind in favour of focusing on their fashion but it is where they started.

They starred in the likes of Full House and It Takes Two before tacking movies together. And while they may be hot in the fashion world right now their little sis Elizabeth is making waves on the big screen.

Elizabeth grabbed everyone's attention last year when she starred in Martha Marcy May Marlene, for which she received praise left right and centre.

Since then she has starred in the likes of Red Lights and Silent House and we will be seeing more of her in Kill Your Darlings and Therese Raquin.

Maggie & Jake Gyllenhaal's career have gone pretty much hand in hand as they have both enjoyed huge success and Oscar nominations.

It was saucy movie The Secretary that really put Maggie on the acting map back in 2002 before going on to Confessions of a Dangerous Mind and Adaptation.

She has mixed bigger movies such as World Trade Centre and The Dark KNight with indie projects such as Away We Go and Sherrybaby.

But it was for Crazy Heart that she received huge praise as she teamed up with Jeff Bridges - She picked up a Best Supporting Actress Oscar nomination for her performance.

It was Donnie Darko that really saw Jake break through back in 2001 and, much like his sister, has mixed the size of his projects over the years.

He enjoyed roles in blockbusters such as The Day After Tomorrow and Prince of Persia: The Sands of Time as well as tacking smaller movies.

Brokeback Mountain remains his best critical success as he and Heath Ledger were both Oscar nominated for their work.

Dakota Fanning has been one of those exciting young actresses for quite some time now as she kicked off her career in TV before moving into film.

I Am Sam was one of her big early movies, teaming up with Sean Penn, before going on to star in the likes of Man on Fire and War of the World - getting to work with some of the biggest names in Hollywood.

More recently she returned to the world of the blockbuster with the role of Jane in the Twilight Saga series of movies.

And we are going to be seeing plenty of her on the big screen over the next year or so as she has already completed work on The Motel Life and Effie and she is currently filming Very Good Girls.

Elle Fanning has followed her older sister onto the big screen and while she has been working in TV and film for some time now it was roles in Somewhere and Super 8 more recently that really grabbed everyone's attention.

She is currently filming Maleficent with Angelina Jolie and Miranda Richardson as well as having a string of other projects in the pipeline.

Ralph Fiennes is an actor with a whole host of great movies under his belt such as Schindler's List, The English Patient and The Reader but this year he made his directorial debut.

Coriolanus was a modern day adaptation of the Shakespeare play which saw Fiennes star as well as direct.

He will also be back on the big screen later this year as he steps into the James Bond franchise with Skyfall, alongside Daniel Craig, Judi Dench and Javier Bardem.

Ralph will then swap big budget action for period drama as he will also be starring in Great Expectations at the end of the year.

Joseph Fiennes has got some equally big movies under his belt having starred in the likes of Shakespeare in Love and Elizabeth over the years.

More recently the actor has concentrated on TV work with roles in FlashForward, Camelot and American Horror Story but he has plans to return to the big screen.

The actor is set to star in Simon Wells' new movie The Diplomat alongside Hayden Christensen and Connie Nielsen. 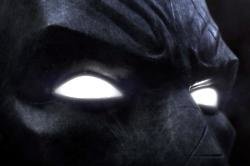