Taken was released back in 2008 and not only was it a great movie it turned Liam Neeson into an awesome action here.

And this autumn Neeson is back as retired CIA agent Bryan Mills and he is going to be kicking some more ass!!

But this time around Mills is a wanted man as the father of a man that he killed trying to save his daughter wants revenge.

We have the first trailer for the movie for you to take a look at and it promises to be bigger and better while Neeson is his fabulous self:

And Neeson is not the only familiar face who is returning as Maggie Grace and Famke Janssen are also back while Olivier Megaton is n the director's chair.

Bryan Mills, the retired CIA agent with a 'particular set of skills', stopped at nothing to save his daughter Kim from kidnappers in Taken.

When the father of one of the villains Bryan killed swears revenge, and takes his wife hostage in Istanbul, Bryan uses the same advanced level of special forces tactics to get his family to safety and systematically take out the kidnappers one by one. 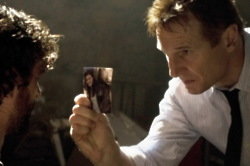 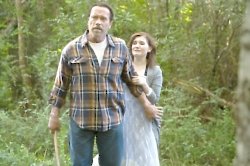