History of the Academy Awards

Despite the will they or won't they surrounding the ceremony over the last few weeks it just goes to show that no one messes with the Academy Awards as the most important night on the movie industry calendar is all set to go ahead.Not only does this year's ceremony celebrate excellence in filmmaking the awards itself celebrates it's 80th birthday.The first Academy Awards was held way back on May 1929 where just twelve prizes were handed out in a ceremony that lasted just fifteen minutes.Unlike today there was no glitz and glam that has come to be associated with the awards as only 250 people attended and the winners were announced weeks in advance.But over the years things have changed with last year's ceremony lasting nearly three hours. This year the show will be hosted by Jon Stewart and will take place at the Kodak Theatre where twenty five golden statuettes will be handed out.Over the years the Academy Awards have fondly become to be known as the Oscars yet it is unclear how the ceremony got it's nickname.

Bette Davis claimed that she named the Oscar after her first husband Harmon Oscar Nelson in the 1930s. A second claim of origin comes from Margarite Bauza, the Academy's Executive Secretary, who saw the statue in 1931 and remarked that it reminded her of her uncle Oscar.

Of the twenty five awards that are to be handed out next weekend only seven were handed out eighty years ago: Best Director, Adapted Screenplay, Actor, Actress, Art Direction, Cinematography and although Best Picture is included in this list the category was split into two Most Outstanding production and Most Artistic Quality of Production.

Best Animated Feature is the newest award to be added to the list of categories in 2001 with Shrek winning the first award.

To be eligible for nomination a film must have been released in LA or California in the previous calendar month, midnight 1 January to midnight 31 December to qualify.

The member of the various sectors of the industry vote in the category of their respective fields with everyone eligible to vote for Best Picture.

A second round of voting then commences where everyone can vote in most categories including Best Picture.

In eighty years some of the most iconic movies and actors have been recognised by the Academy. Emil Jennings and Janet Gaynor were the first actor and actress to receive the Oscar with Forest Whitaker and Helen Mirren last year's recipients.

Lawrence of Arabia, West Side Story, The Sound of Music, The Godfather, Rocky, Titanic and Lord of the Rings: Return of the King are just some of the best known cinema to scoop Best Picture.

At this year's ceremony There Will Be Blood and No Country for Old Men lead the nominations with Michael Clayton and Atonement just behind with seven.

The awards will be handed out 24 February.

tagged in The Academy Awards

Motion Capture And The Oscars 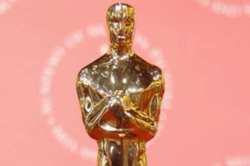 2012 Oscar predictions from the golden Globes

Things You Never Knew About the Oscars