Rebecca Hall in The Awakening

Plenty of strong women have been featured in horror films. From Nicole Kidman in The Others to Naomi Watts in The Ring, these females deliver bone-chilling performances.

To celebrate the release of the British horror films The Awakening (out on DVD & Blu-ray 26th March), we take a look at lead actress Rebecca Hall and other top female leads in horror films.

Rebecca Hall is a rising star best known as Vicky from Woody Allen’s Vicky Christina Barcelona, which earned her a Golden Globe nomination.

The English actress went on to be featured in the Academy Award nominated films Frost/Nixon and The Town. She now plays a 1920’s school teacher in The Awakening, a spooky and psychological thriller.

The Awakening is a truly chilling movie and there are some genuinely creepy moments throughout.

This is a old fashioned ghost story and he superb central turn from Rebecca Hall just gives the movie that extra bit of umph.

Acclaimed Australian actress Nicole Kidman is no stranger to dark and chilling films.

In the horror film The Others, she played a mother who becomes convinced her house is haunted. The role earned her a Golden Globe nomination.

We don't often see Kidman tackle a horror role but in 2001 she bucked that trend as she teamed up with director Alejandro Amenábar.

This is a great movie from start to finish that is dripping with tension and fear at every turn.

This movie doesn't rely on gore or special effects just the power of the audience's imagination. A top rate horror 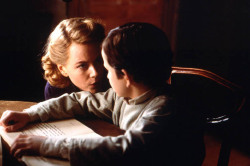 English-born actress Naomi Watts launched into the spotlight with her role as an investigative reporter in the hit thriller The Ring.

She also was nominated for an Academy Award for her role in 21 Grams. She produced and was featured in the independent film Ellie Parker, which earned critical acclaim at The Sundance Film Festival.

American remakes of Eastern horror movies tend never to turn out right but in 2002 director Gore Verbinski managed it successfully.

The Ring is chilling to the bone from start to finish with an intriguing and scary story.

The script and a superb turn by Watts are supported by a skin crawlingly creepy score and some excellent cinematography. 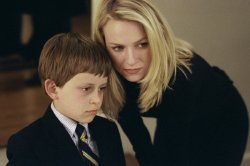 She also starred as a nurse in the supernatural thriller The Grudge, which was an international hit. She is also known for her roles in Cruel Intentions and I Know What You Did Last Summer.

The Grudge perhaps doesn't have quite the same bite as the original but it is a creepy movie.

But there are plenty of moments and images that will have you reaching for the cushion - and there is also a strong performance from Gellar. 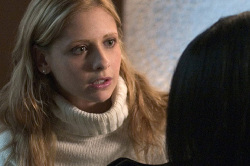 The Spanish actress and former model earned widespread acclaim for her role in The Orphanage. She played a mother who opens an orphanage for handicapped children in the spooky thriller.

This is one of the greatest and most intelligent horror movies to have graced the big screen in many a year.

Director Juan Antonio Bayona uses the constant sense of unease as his tool to frighten the audience, an old run down building complete with creaking staircases with a troubled past is the perfect setting to create that unsettling feeling.

Belan Rueda is superb as a mother who is desperate to discover what has happened to her child. 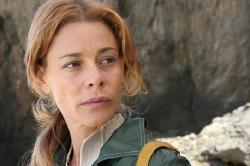 The Awakening is out on DVD & Blu-Ray now