If there is one genre where British movies have always excelled then it is the crime drama as we have produced some classics over the years.

And this week the genre is back as popular TV show The Sweeney is given a 21st Century make over for the big screen.

Ray Winstone and Ben Drew take on the roles of Jack Regan and George Carter while Nick Love is back in the director's chair.

To celebrate the release of the film we take a look at some of the best Brit crime capers that we have enjoyed over the years.

Get Carter is one of the greatest and most enduring movies in this genre and it remains one of Michael Caine's most iconic roles.

The movie was released back in 1971 and was an adaptation of novel by Tod Lewis and saw Mike Hodges in the director's chair.

Caine took on the role of Jack Carter who travels to Newcastle to discover the circumstances of his brother's death.

The movie was packed with brutal characters and hard hitting violence - for which is was criticised at the time - but today it is widely regarded as one of the best British movies of all time.

Alec Guinness is one of the greatest British actors of all time and The Ladykillers is one of his finest roles.

Released in 1955 the film is one of the best crime comedies that have ever graced the big screen - sadly the 2004 remake didn't quite hit the mark.

Directed by Alexander Mackendrick the movie sees Guinness lead an all star cast that includes Cecil Parker and Herbert Lom.

Five diverse oddball criminal types planning a bank robbery rent rooms on a cul-de-sac from an octogenarian widow under the pretext that they are classical musicians.

The crime comedy seems to be a very difficult genre to pull off and The Ladykillers have never been surpassed.

Layer Cake is the first of modern day movies in this genre that we are going to look at as the movie marked the directorial debut of Matthew Vaughn.

Layer Cake was one of the movies of 2004 as it was a slick and stylish movie that was full of clever twists and witty dialogue.

Layer Cake really cemented Daniel Craig as a leading man as he delivered a cool and assured performance.

1998 saw the arrival of a new British director on the movie scene as Guy Ritchie marked his arrival with Lock Stock and Two Smoking Barrels.

The movie cemented Ritchie as a directing talent that we should all keep an eye on while the film helped launch the career of Jason Statham.

Lock Stock and Two Smoking Barrels was a rich mix of violence and comedy while Ritchie showed that he was confident in the chair with his camera trickery and artistic freeze-frames.

Lock Stock and Two Smoking Barrels brought in a new era of British gangster movies and it remains one of Richie's best movies.

Clive Owen may be one of the biggest names in cinema today but when he released I’ll Sleep When I’m Dead back in 2003 he was teetering on the edge of making that breakthrough.

The film saw the actor team up with director Mike Hodges while Trevor Preston penned the screenplay.

I’ll Sleep When I’m Dead is the classic revenge movie as Owen took on the role of a former London gangster who returns to discover the truth of his brother's mysterious death.

The movie is packed with gritty style while Clive Owen and Malcolm McDowell deliver fine performances.

The Sweeney is released 12th September

tagged in The Sweeney 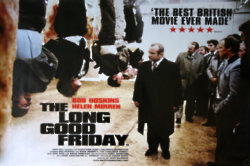 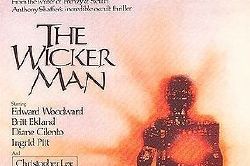 Greatest British Films Of The 70's 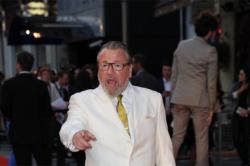