The Twilight Saga: Breaking Dawn - Part 2 comes to a close this week and the stars were on the red carpet in London this week to say a final goodbye to the fans.

Kristen Stewart, Robert Pattinson and Taylor Lautner thrilled the thousands of fans that had packed into Leicester Square.

Stewart stunned in daring back jumpsuit by Zuhair Murad while Pattinson and Taylor were decked out in the tradition suit.

The trio were joined on the red carpet by co-stars MyAnna Buring, Judi Shekoni as well as director Bill Condon.

It was back in 2008 when the Twilight series kicked off for the first time shooting everyone involved to global superstardom.

Four years on and The Twilight Saga: Breaking Dawn - Part 2 is the epic conclusion to this love story.

This time around Edward and Bella face their biggest challenge as they try to protect their young daughter from the Volturi.

The film premiered in LA earlier this week and it is set to be one of the biggest movies of the year.

The Twilight Saga: Breaking Dawn - Part 2 is out now 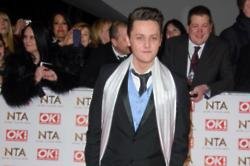