If you are looking for some alternative animation to enjoy on the big screen this year then A Liar's Autobiography is the movie for you.

Believe me when I tell you that you will not see another animation film like this in 2013 as seventeen different animation styles are used throughout the movie.

The movie is a big screen adaptation of the autobiography of Graham Chapman and is an ode to the former Monty Python member.

And we have a couple new clips from the film for you to take a look at before it is released on Friday:

Chapman himself narrates the film while John Cleese, Terry Gilliam, Terry Jones and Michael Palin have all lent their voices to the film.

Bill Jones, Ben Timlett and Jeff Simpson are all in the director's chair while fourteen different animation companies worked on the film.

This is a movie where we discover Chapman, from his childhood days as a pipe-smoking baby and student at Cambridge University, to becoming a Python, discovering his homosexuality and battling alcoholism, via moving to LA where he parties to excess, and right up until the moment when he rather selfishly drops dead in 1989.

There are a lot of CGI fuelled animation movies set to drop this year but there is nothing like A Liar's Autobiography. 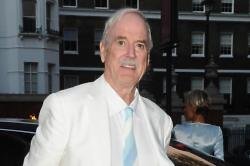 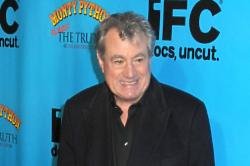