Robert Pattinson is set to leave the Twilight franchise behind, all but temporarily, next month to lead the cast in his new movie Bel Ami.

Yes the British actor is swapping the vampire genre for something a little more period at the Guy de Maupassant's novel of the same name is adapted for the big screen.

And we have a clip from the movie for you to take a look at:

The movie marks the feature film directorial debut for Brit filmmaker Declan Donnellan as he moves away from shorts and TV with this project.

And while it may be his first feature film it has not stopped big named stars flocking to the projects as Pattinson is joined by a great supporting cast.

Uma Thurman, Kristin Scott Thomas, Christina Ricci and Colm Meaney are all aboard what is set to be an intriguing ride of a movie.

Bel Ami is an erotically charged tale of ambition, power and seduction, the story chronicles the rise of penniless ex-soldier Georges Duroy (Pattinson) through the echelons of the Parisian elite.

And while this may not be the kind of project that we are use to seeing Pattinson in it's great to see him tackle a new genre and show off his versatility. 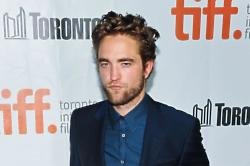