We have already been treated to a gangster movie so far this autumn and there's another one on the horizon in the form of Black Mass, which marks the return of Johnny Depp. 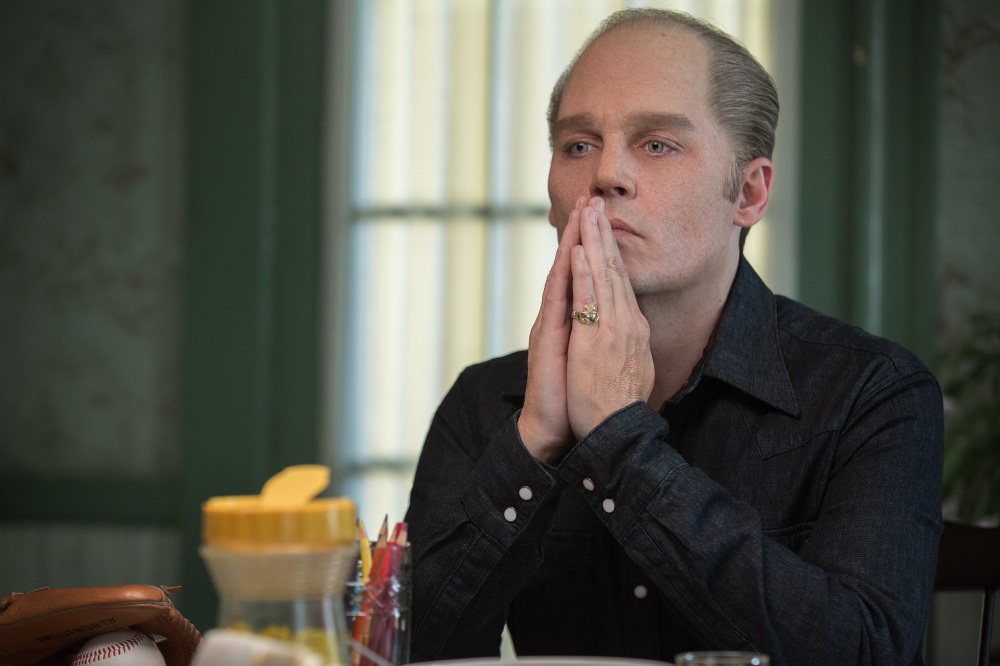 It's fair to say that Depp has not had the best run of movies over the last couple of years but Black Mass looks set to see the actor return to top for as he takes on the real-life role of Boston gangster Whitey Bulger.

The movie sees Depp team up with filmmaker Scott Cooper for the first time and is based on the 2001 book Black Mass: The True Story of an Unholy Alliance Between the FBI and the Irish Mob by Dick Lehr and Gerard O'Neill.

Black Mass will be only the third feature film of Cooper's directing career and comes hot off the heels of Crazy Heart and Out of the Furnace. These are two terrific movies and it is great to see him back at the helm of a film.

We are going to be treated to a whole host of movies this autumn that boast an impressive ensemble cast... Black Mass really does have one of the best film line-ups this autumn and I cannot wait to see these great actors in action.

Black Mass received its world premiere at the Venice International Film Festival last month and is set to play at the BFI London Film Festival over the next couple of weeks.

Black Mass tells the true story of this unholy alliance, which spiralled out of control, allowing Whitey to evade law enforcement, consolidate power, and become one of the most ruthless and powerful gangsters in Boston history.

We are big fans of Depp here at FemaleFirst and it is great to see him back with a role that he can well and truly get his teeth into. He is no stranger to the gangster genre with Donnie Brasco and Public Enemies under his belt and I can't wait to see him transformation into Bulger.

Black Mass and Depp's performance in particular is already being tipped as a potential Oscar contender. Depp has had three Best Actor nominations during his career but this would be his first nod since Sweeney Todd: The Demon Barber of Fleet Street back in 2008.

He is still to get his hands on an Oscar. Could this be his year? I guess we are going to have to wait and see.