The partnership between Steve Spielberg and Tom Hanks is one of the best director/actor collaborations in film... and this autumn they are set to reunite for new film Bridge of Spies. 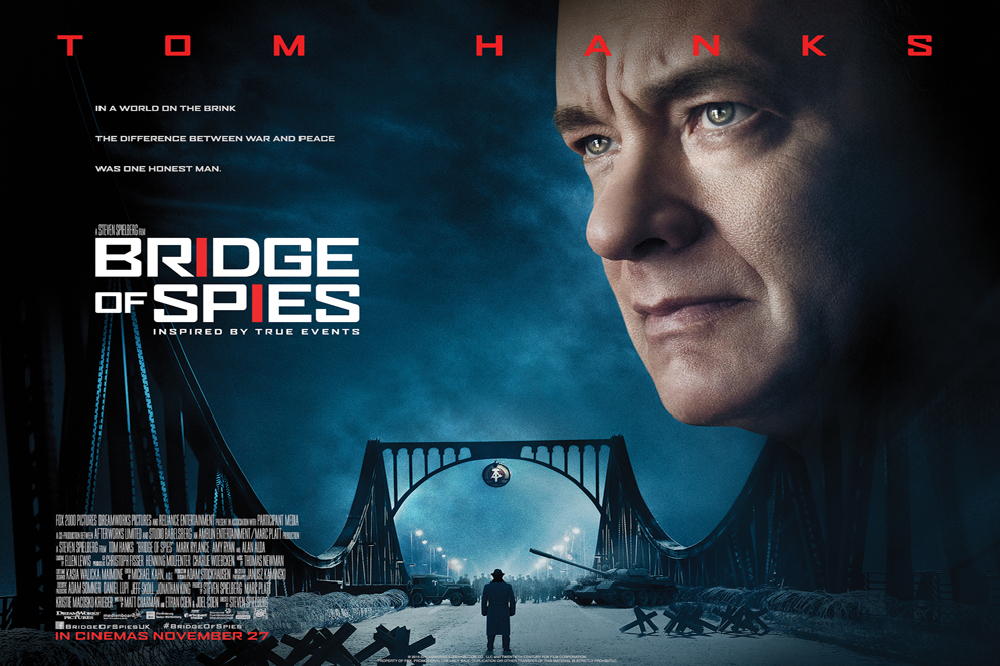 The duo have already worked together on Saving Private Ryan and The Terminal as well as producing TV series Band of Brothers and The Pacific. I don't know about you, but I cannot wait to see them unite once again to tackle the Cold War for the first time.

We haven't seen Spielberg in the director's chair since he enjoyed critical success with Lincoln back in 2013, while this is a first big screen outing for Hanks since he took on the role of Walt Disney in Saving Mr. Banks.

Bridge of Spies has been penned by Matt Charman and Joel & Ethan Coen and is based on the 1960 U-2 incident, when a U.S. U-2 spy plane was shot down over Soviet airspace.

The movie will see Hanks take on the role of lawyer James B. Donovan, who is thrown into the centre of the Cold War when he is recruited by the U.S. to negotiate the release of the spy plane's pilot.

Hanks has delivered some wonderful performances throughout his career and the role of Donovan really does promise to be another. Bridge of Spies and Hanks are already being tipped as potential Oscar contenders and we could see the double Academy Award winner in the Best Actor Oscar race once more. However, I did think he was going to be nominated for his performance in Captain Phillips and was shocked when his terrific work was overlooked.

There are already a handful of movies that are being ear-marked as potential Oscar nominees and we all know how much the Academy loves a true story or a war project. Hanks has been nominated for Best Actor five times during his career but it was 1995 when he last won for Forrest Gump; he won the previous year for Philadelphia.

However, Bridge of Spies is not just about Hanks as Spielberg has assembled a terrific cast list with Alan Alda, Amy Ryan, Mark Rylance, Austin Stowell, Sebastian Koch, Domenick Lombardozzi and Billy Magnussen all on board.

Bridge Of Spies is a dramatic thriller which tells the story of James Donovan (Hanks), a Brooklyn insurance claims lawyer who finds himself thrust into the centre of the Cold War when the CIA sends him on the near-impossible task to negotiate the release of a captured American U-2 pilot.

Whether Bridge of Spies ends up in the Oscar race remains to be seen, but it is promising to be one of the most tense dramas to hit the big screen this autumn.

It is always great to see a Steven Spielberg movie on the horizon and Bridge of Spies looks set to be another character driven war story that will have us on the edge of our seat. Spielberg has enjoyed huge critical and commercial success with this genre in the past and Bridge of Spies is one of the November movies that I cannot wait to see.