Godfrey Gao is making his English-speaking film debut this week as he takes on the role of Magnus Banes in the big-screen adaptation of The Mortal Instruments: City of Bones.

This is the first of The Mortal Instrument series to be adapted for the big screen, and Harold Zwart is in the director's chair.

We caught up with Godfrey to chat about the movie, his role and what lies ahead.

- You are going to be back on the big screen this summer with The Mortal Instrument: City of Bones so can you tell me a bit about the film?

- This is the biggest role of your career to date so how did you find stepping into such a huge project?

I think it was pure luck. Like anybody else that has been cast for the film I went through a casting process - actually I was still filming in Shanghai at that time.

So I was going through Skype interviews and taping and everything that comes with the casting process. I had never really put myself on tape before, and I found that odd because you are just talking to a camera or your iPhone.

It was fun, and it was an experience that I appreciated because it got me the part. It was interesting to see how they cast people like that. I was flattered that they chose me.

- You take on the role of Magnus Bane in the film so what was it about this character and Jessica Postigo's script that drew you to this project?

It was something out there and something that I really want to try. It was fun for me because it was about using your own imagination. He is described as a flamboyant, higher warlock of Brooklyn, and so it was something that you would imagine in your dreams or in a fictional novel.

It was definitely a challenge as the role was part rock star part animal. During the filming process, it was fun and cool, and director Harald Zwart was amazing in the way that he described what I should be like or what I should sound like. It was just a fun experience overall for me.

- Can you tell me a bit about the character of Magnus and how we are going to see him develop throughout the film?

Magnus Bane is a high end Brooklyn's warlock that never ages and never dies; he is immortal. He is a party animal; he goes to a lot of parties and hosts a lot of parties with vampires, demons and werewolves. I suppose he is an underground party guy.

The City of Bones is really an introduction to him and The Mortal Instruments. Magnus is a bi-sexual warlock, and so he dates men and women (laughs). He is a fun character who spices things up in the story.

- Speaking of the books they have such a loyal fan base so how nerve wracking it is taking on a project that you know is so well loved?

It is quite nerve-wracking and quite stressful. As a fan favourite character you are trying to bring out the real life on the big screen.

It is always the challenging part, but it is always fun to see the reactions of the fans when I was cast for this role. They enjoyed it, I guess. They liked me and my look and so hopefully I can fulfil their needs on the big screen.

- Harald Zwart is in the director's chair for the film so how did you find working with him? And what kind of director is he?

He is a very kind and very sweet director to me and to everybody. I guess he is like a fatherly figure as he sits down with you one on one and talks to you about the character and want you can do on set.

He gives a lot of pointers; he lets you do your thing, and then he gives little pointers here and there. I thought he was very sweet. He is very focused on the film, and he has a lot of ideas about dialogue and the movie overall.

He has put a lot of time into this movie, and he is very creative. I just love working with him, and it was very easy and natural for me to communicate with him on set.

- Was there a rehearsal period before you started shooting?

There was a quick rehearsal for all the scenes; I think that is the normal procedure prior to filming. It was cool to rehearse; I really needed to rehearse because it was my first film in English.

I also had to play alongside Lily Collins, which was an honour. It was really nice to meet with her first and talk about the dialogue before we went to shoot on set. I enjoyed working with Lily as she was very sweet.

- A great cast has been assembled such as Lily Collins and Jamie Campbell Bower so what was the feeling like on the set?

For my scenes, I met Lily, Jamie, Kevin (Durand) and Jemima (West) and it was very sweet to be able to work with them because it felt like... It was different to filming in Asia because we were all speaking English, for one.

But we were around the same age, and we were all hanging around on set. So it put me at ease as I didn't feel a lot of pressure like when I was filming in Asia; there are more famous or grown actors and actresses in China.

- You have mentioned a couple of times that this is your English-speaking debut so how have you found stepping into this movie world?

It felt very natural for me. I grew up in Vancouver and so English was my first priority. So when I was on set I felt like I was at ease because everyone was speaking English.

I didn't have any screw-ups with my dialogue - I was pretty impressed with that. I thought my English was very good, and so I was quite surprised with myself.

- Finally, what is next for you? Now that you have had a taste of Hollywood is this where you want to stay?

Yeah definitely. I would like to come across with new projects and more action films. Hopefully, I can cross over into Hollywood and hopefully that will bring me a bigger name in China.

Right now, I think a lot of Hollywood productions are aiming for the Chinese market as well so I think it is a great time for me to cross over. It is a great time right now, and I am just glad to be on this journey.

The Mortal Instruments: City of Bones is released 21st August. 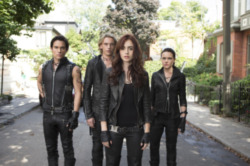 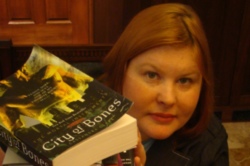 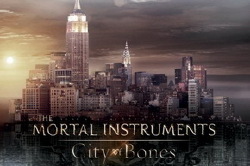