Top Horror Movies To Watch Before You Die

To celebrate the release of House at the End of the Street on Blu-ray and DVD which is available now, we’re going to take a look at the top ten horror films to watch before you die.

This iconic horror will put you off trick-or-treating for life as it follows Michael Myers (Nick Castle) and his terrifying return to the town where he once lived. 15 years after Myers was institutionalized (aged 6) for the murder of his sister he escapes.

His psychiatrist Dr. Loomis (Donald Pleasence) fears the worst and attempts to stop his bloodthirsty rampage before it’s too late. This genre defining film that spawned a host of sequels is a must-see for any horror fan.

The Blair Witch Project is the original found-footage horror film and made over $248million worldwide from a production budget of only $20-25,000.

The film tell of three film students who go missing after traveling into the woods of Maryland to make a documentary about the local Blair Witch legend.

This film scared audiences across the globe in 1999 and remains the benchmark for any found-footage film.

Click here to buy The Blair Witch Project on DVD

Let The Right One In

Let the Right One in is one of a few Scandinavian films to be remade in Hollywood over the last 5 years.

The film is about Oskar, an overlooked and bullied boy who finds love and revenge through Eli, a beautiful but peculiar girl who turns out to be a vampire.

Some truly chilling moments make this one of the best horrors around, well deserving of its commercial and critical success.

Click here to buy Let The Right One In on DVD

A Nightmare on Elm Street

The film that induced insomnia in millions is a no brainer in any top-ten horror list. The iconic figure of Freddy Krueger infiltrates the dreams of his victims to bring about their gruesome demise.

As Freddy stalks the children of the members of the lynch mob that killed him they must think quickly if they are to survive. After all, when he has you in your sleep, who is there to save you?

Click here to buy A Nightmare on Elm Street on DVD

The Woman in Black

Daniel Radcliffe took the lead role of Arthur Kipps in this recent adaptation of the 1983 gothic novel.

The story follows Kipps as he visits the remote village of Cryphin Gifford to examine the documentation of the Eel Marsh House that belonged to the recently deceased Mrs. Drablow.

He soon realises that the house is haunted by a vengeful ghost who seeks revenge for her lost child by taking the children of the scared locals.

Radcliffe shines in his first lead role following Harry Potter and this is certainly worth a watch.

Click here to buy The Woman in Black on DVD

The Hollywood remake of this Japanese horror sent chills down many-a-spine when it was released in 2002.

The Ring follows a young journalist (Naomi Watts) who investigates a mysterious videotape which seems to cause the death of anyone in a week of viewing it.

Things become more urgent however, when her son is in danger of receiving the same treatment.

Carol Anne Freeling seems to be connecting with the supernatural through a dead channel on the television and it is not long before the mysterious beings enter the house's walls.

At first the ghosts appear friendly, moving objects around the house to the amusement of the family. However, when they turn nasty and begin to frighten the family things begin to go downhill, culminating in the kidnap of Carol Anne.

This 1982 classic set a high bar for ghost films to come and remains a horror classic.

Psycho remains Alfred Hitchcock’s most famous film in the eyes of many and gave audiences one of the most iconic scenes ever seen on the silver screen.

This legendary film follows a thirty-something secretary who steals $40,000 from her employer's client. Unfortunately for her she encounters a young motel proprietor too long under the domination of his mother.

When she tries to relax and take a shower she gets the shock of her life, or what’s left of it at least.

The Exorcist was disturbing that it was banned from cinemas across the country when it was released in 1973. The film is about a teenage girl who is possessed by a suspected demonic force.

Her mother seeks the help of the doubting Father Karras and the ailing Father Merrin. Between them they must deal with this demonic force and save the young girl before it is too late.

House at the End of the Street

Jennifer Lawrence stars in as Elissa in House at the End of the Street. When Elissa moves with her mother (Elizabeth Shue) to a new town they find themselves living next door to a house where a young girl murdered her parents.

When Elissa makes friends with the surviving son, she learns the story is far from over. A modern classic that is a must-see for all horror fans out there.

House at the End of the Street is available on Blu-ray and DVD now.

tagged in Halloween The Exorcist The Woman in Black 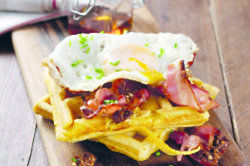 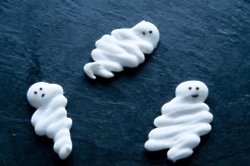 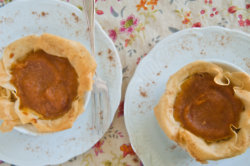