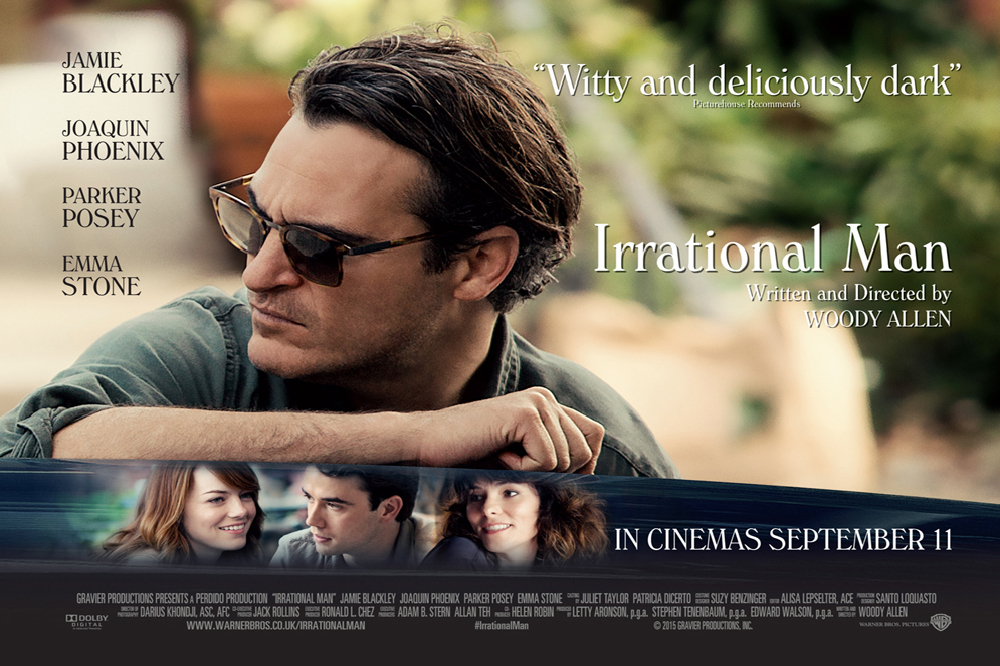 Woody Allen is one of the most recognisable filmmakers in a career that has spanned decades. He is back this week with his new film Irrational Man, which is the fiftieth feature film of his directing career.

Irrational Man sees the filmmaker team up with Joaquin Phoenix for the first time, while he reunites with Emma Stone for their second project together; Magic in the Moonlight was their first collaboration last year.

Irrational Man follows a tormented philosophy professor who finds a will to live when he commits an existential act. Philosophy professor Abe Lucas (Phoenix) is at rock bottom emotionally, unable to find any meaning or joy in life. Abe feels that everything he's tried to do, from political activism to teaching, hasn't made any difference. Soon after arriving to teach at a small town college, Abe gets involved with two women: Rita Richards (Posey), a lonely professor who wants him to rescue her from her unhappy marriage; and Jill Pollard (Stone), his best student, who becomes his closest friend.

While Jill loves her boyfriend Roy (Blackley), she finds Abe's tortured, artistic personality and exotic past irresistible. Even as Abe displays signs of mental imbalance, Jill's fascination with him only grows. Still, when she tries to make their relationship a romantic one, he rebuffs her. Pure chance changes everything when Abe and Jill overhear a stranger's conversation and become drawn in. Once Abe makes a profound choice, he is able to embrace life to the fullest again. But his decision sets off a chain of events that will affect him, Jill and Rita forever.

Woody Allen is a director who has brought some wonderful films to the big screen over the years, and while Irrational Man may not be up there with his best work, there is still plenty to enjoy here.

Allen has explored themes of murder and getting away with it with films such as Crimes and Misdemeanours and Match Point and he returns to those themes with this latest picture. He plays well with the idea of there being no consequences to committing murder and this is a cleverly constructed morality tale that has twists and turns and is brought to life by some interesting characters.

It is a great central turn from Phoenix, as the tormented Abe who finds his life going down a very different path. There is an unpredictability to this character from start to finish - you really don't know how it is all going to end for this character - and Phoenix captures that uncertainty perfectly.

Irrational Man may a film that sees Allen exploring some very familiar themes, but it is a film that mixes black comedy with charm and is packed with Allen's unmistakable wit.

While Irrational Man is by no means a poor movie, we have seen Allen tackle these similar themes better in the likes of Crimes and Misdemeanour. For me, Irrational Man was not as clever or as cunning as Crimes and Misdemeanour and there is certainly something lacking from this new movie - perhaps it's just not as absorbing and intriguing as films that have gone before.

Having said that, Irrational Man is a solid film from Allen and the performances from Phoenix and Stone really do elevate it further; they make a terrific team and I hope that they do work together again in the future.

Over the years, Woody Allen has shown that is an up and down filmmaker and while Irrational Man may not be his best work, it certainly is not his worst. If you are a fan of the filmmaker it is certainly worth giving it a go.

Irrational Man is out now. 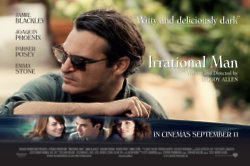