Jeff, Who Lives At Home Trailer

Jeff, Who Lives At Home

We are going to be seeing plenty of funnyman Jason Segel at the beginning of 2012 has he has a couple of projects in the pipeline.

And while he is set to star in The Muppets it is Jeff, Who Live At Home that we are interested in.

This off beat comedy sees Segel lead an all star cast while Jay & Mark Duplass are in the director chair, they have also penned the screenplay.

And we have the trailer for the movie for you to take a look at:

I have already mentioned the all star supporting cast as they include Judy Greer, Susan Sarandon and Ed Helms.

On his way to the store to buy wood glue, Jeff looks for signs from the universe to determine his path.

However, a series of comedic and unexpected events leads him to cross paths with his family in the strangest of locations and circumstances.

Jeff just may find the meaning of his life... and if he's lucky, pick up the wood glue as well.

Jeff, Who Lives At Home is released 20th April 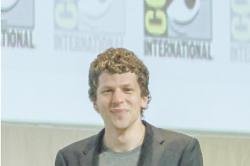 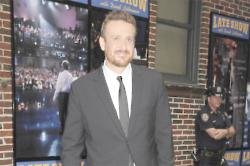 Five-year-old boy hits hole in one